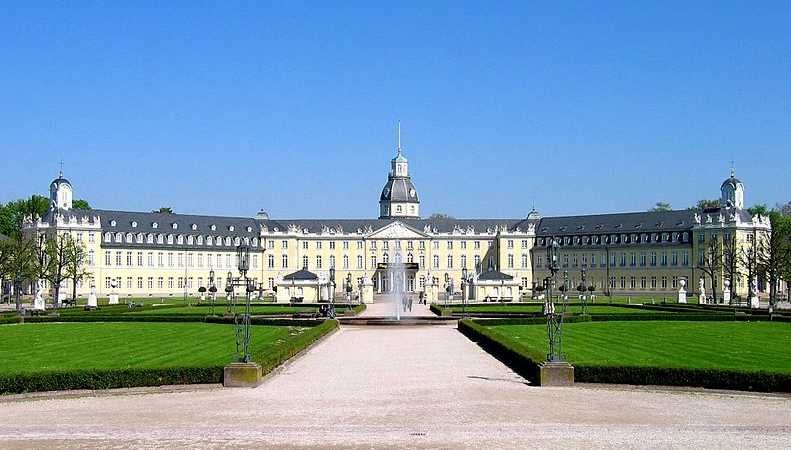 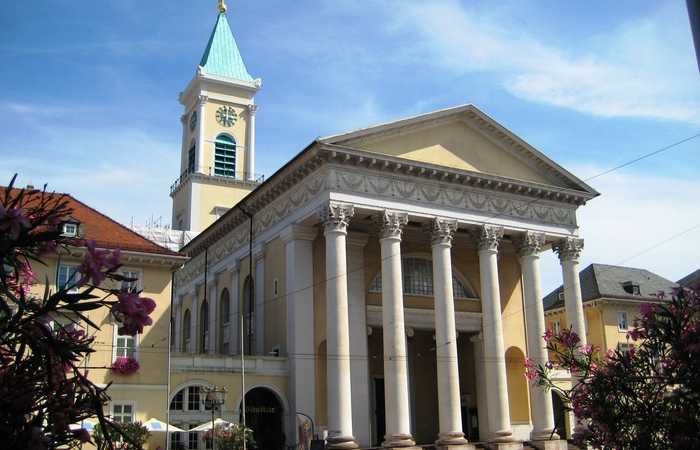 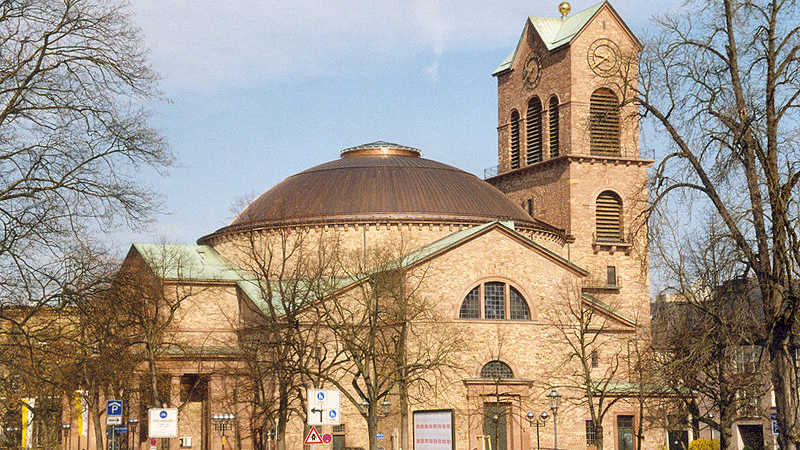 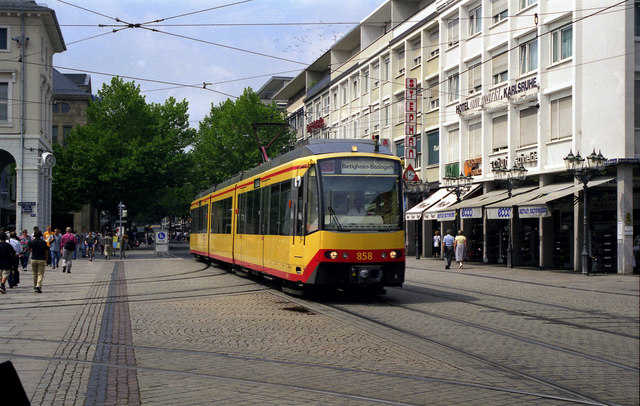 Karlsruhe was founded just under 300 years ago by Margrave Charles William (Karl) of Baden. Legend tells that the vision of a star-shaped city came to him in the night. The dream of Karlsruhe (‘Karl’s rest’) was born!

The foundation stone of the new fan-shaped city of Karlsruhe was laid on 17 June 1715. Standing at the centre of the ‘fan’, 32 ‘axes’ extend like rays from Karlsruhe Palace. This grand building, with its charac­te­ri­stic Baden-style archi­tec­ture, has impressed many distin­guis­hed visitors – such as Voltaire, Goethe, Napoleon and Heinrich von Kleist.

“I was also in Karlsruhe this time, and it is a shame that you could not see this star-shaped city. It is clear, straight and full of light, and entering the city is like commu­ni­ca­ting with an ordered intellect.” — related
Heinrich von Kleist (1777 – 1811).

A city without walls, which welcomes friends and guests – this is how Karlsruhe has always seen itself.

The city’s unique fan-shaped layout has brought Karlsruhe global attention. And the city’s many neoclas­si­cal buildings designed by Friedrich Weinbren­ner continue to attract visitors from every corner of the globe.
The emblem of Karlsruhe – the pyramid – was built in 1823, and the city’s technical college opened two years later. In 1950, the Federal Court of Justice of Germany was establis­hed in Karlsruhe, followed a year later by the Federal Consti­tu­tio­nal Court. With this, Karlsruhe became the main seat of German juris­dic­tion.

Ever since the city hosted the German Federal Garden Show in 1967, Karlsruhe has continued to build on its reputation as a ‘leafy city’ of parks and gardens.

With almost 300,000 inhabi­tants, Karlsruhe is Baden’s main metropolis. The city’s unique fan-shaped layout hints at the excellent weather here – residents and guests in Karlsruhe really enjoy the sunny side of life! With its Mediter­ra­nean climate, Karlsruhe has it all: chic lifestyle, gourmet cuisine, and a uniquely ‘green’ atmosphere with over 800 hectares of parks.