Brief history of the city foundation 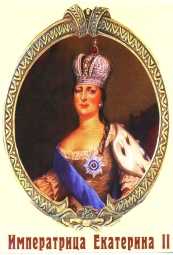 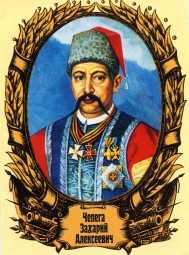 The traces of ancient settlements are dated since VI century B.C. on the territory of present Krasnodar. Within the modern city on the left bank of river Kuban there was an ancient town of Bosporus reign and a fortress (Elizavetinskaya). According to the latest archeological studies (West Caucasian archeological expedition) the Meotian settlement surrounded by the wall of IV-III century B.C. was discovered in the central part of Krasnodar. The centre of this ancient settlement was presumably situated in the area of modern “City park” on the both sides of the river Karasun and its borders reached the junction of Kuban and Karasun rivers. At the same time near this settlement there was a castle of tzar Aripharn, who fought for Bosporus throne. Basic inhabitants were Meotians, Scythians and Sarmats. In VI century B.C. about 2 thousand citizens lived there and over 40 thousand people in the neighborhoods. Broad economic relations with Caucasus, Middle East, Greece, Rome and later Byzantium were recorded. Also the remains of Neolithic site of the primitive (20 thousand years B.C.) were discovered at that place.

Yekaterinodar was founded in 1793 by the descendants of Zaporozhian Cossacks. They settled down on fertile Kuban lands by the order of Catherine II after joining West Ciscaucasia to Russia as the result of victory in Russo-Turkish war in the second half of the XVIII century. At first it was just an army camp. It was constantly strengthened and turned into the fortress. Its form was quadrangle and inside it the Cossacks built forty homesteads or kuren fenced in the wall and ditches in tradition of Zaporozhians. The kurens are arranged around wooden conciliar Svyatotroitskaya (St.Trinity) church. Yekaterinodar had natural protection from three sides: steep wall in the East, the marshes in the North and river Kuban in the West.

On the 30th of June in 1792 Catherine II handed the Granted Charter to the  Black Sea Cossacks Army to grant the land in the Kuban region, limited by the river Kuban and Azov sea in the East along the line from Laba river mouth to Yeisk town.

At the beginning of June in 1793 Zakhariy Chepega with the Cossacks arrived to the hole Karasun Kut (now it is in the place of "Kubanenergo" - Krasnodar ul.Stavropolskaya, 2). It was the first Russian building in the city. On August 15, 1793 Chepega assembled Malaya Rada and claimed the place chosen for army town.

In June 1794 land surveyor ensign Sambulov made up a plan for the hole named Karasun Kut. The blocks of the houses of the future town were marked in the scheme in the office of Tauric governor. Laying out the town to the blocks was made with the help of furrows for indication of the streets. The work started on the 18th of September 1794.

In spite of the fact that Yekaterinodar (according to the records) was “built badly and incorrectly on the marches and its outlook was plain”, the settlement continued to grow rather quickly. In the beginning of 1794 only 29 houses and 75 peasant’s huts were built with the population of less than 600 people; by 1802 there were 600 houses, and population increased to 6000 citizens. By the order of Russian government the Cossacks moved from the Ukraine, and also the peasants from central provinces came to Yekaterinodar. But soon the population rise ceased after issuing of the decree that forbade the peasants to buy the lands and real estate because they were "newly arrived and nonresidents, that is non-Cossacks". The population growth was restrained by the burden of Caucasian war that prevented the normal development of the city.