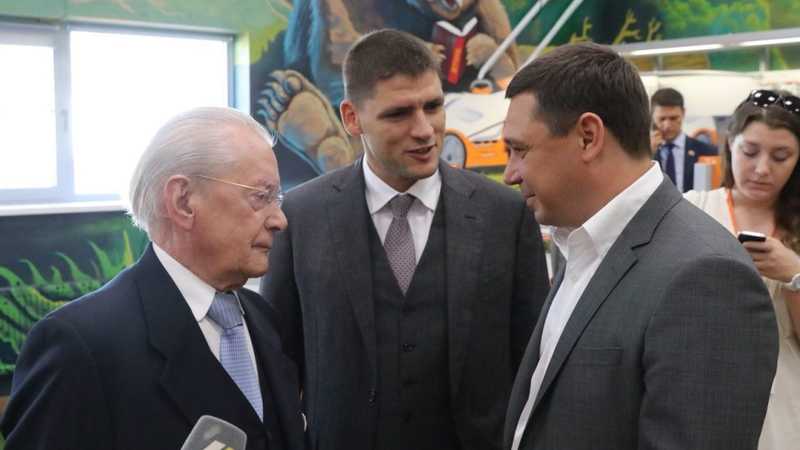 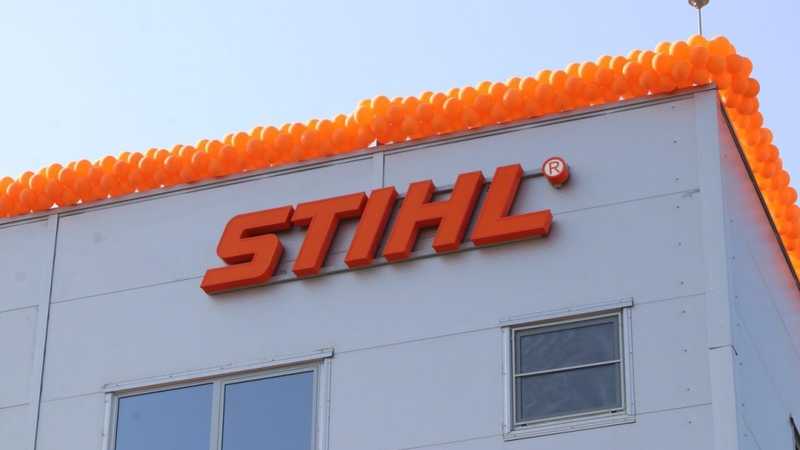 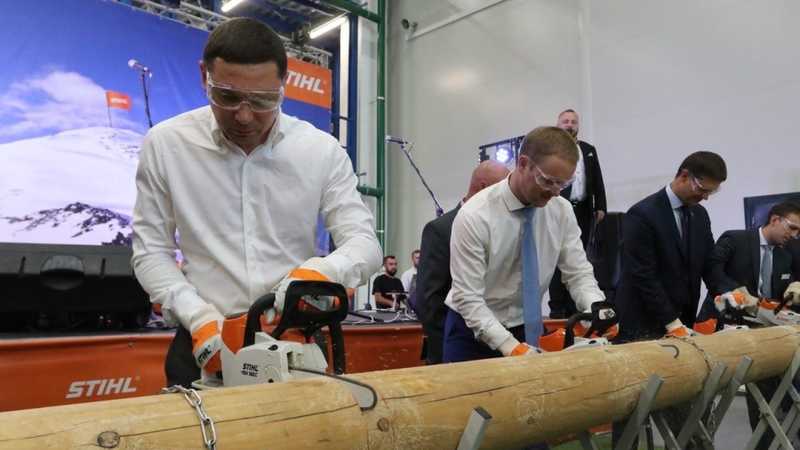 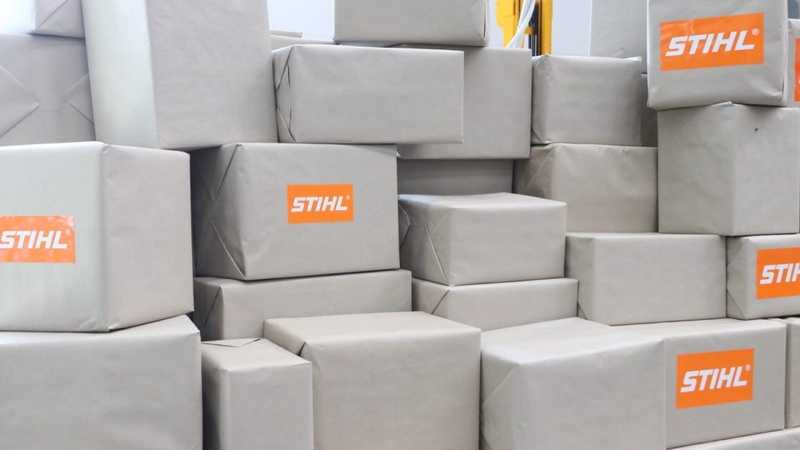 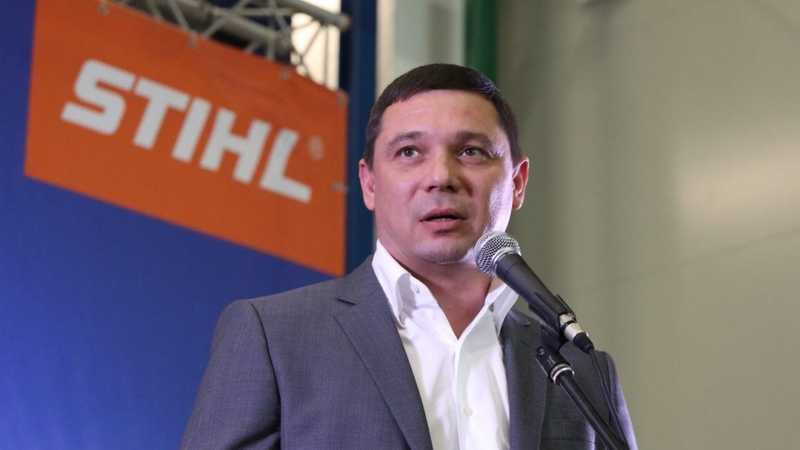 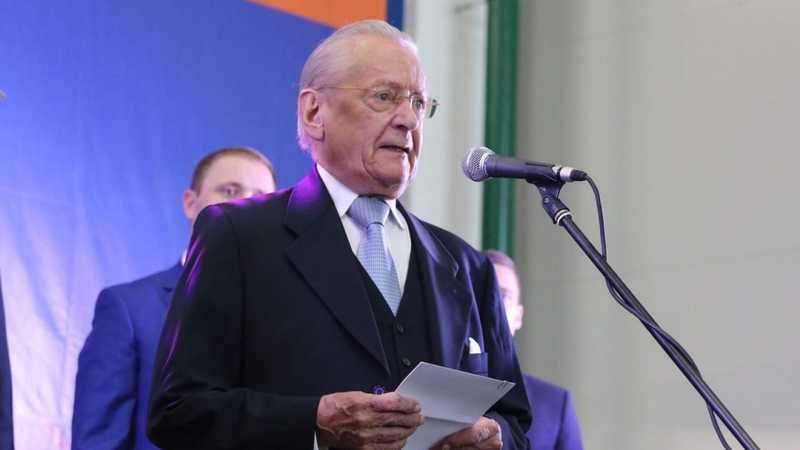 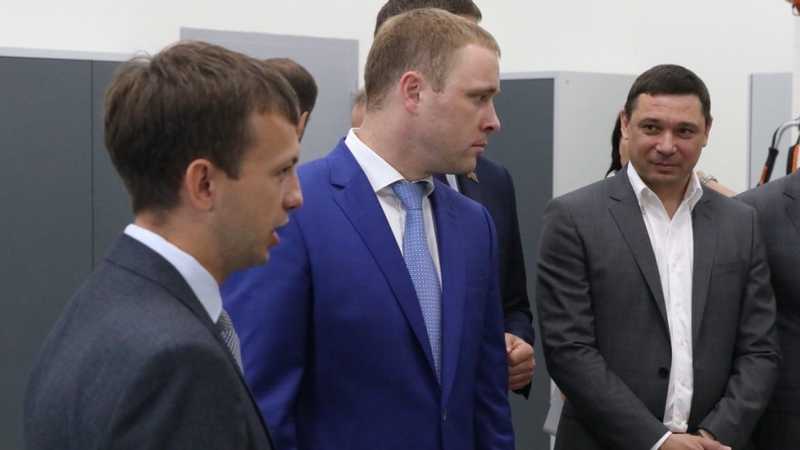 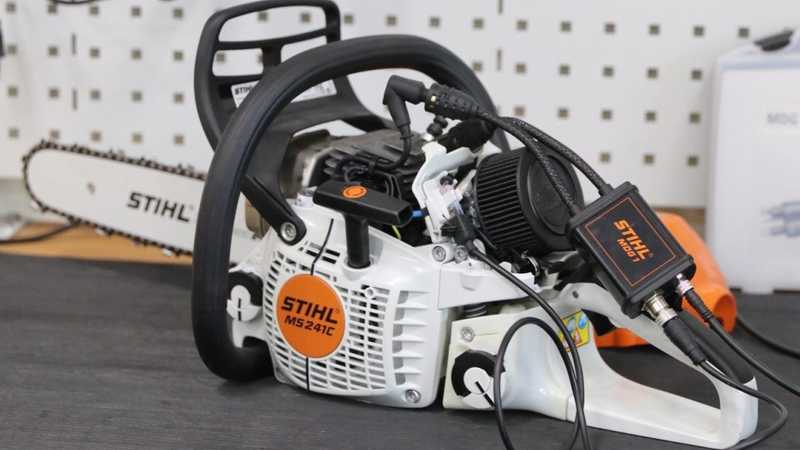 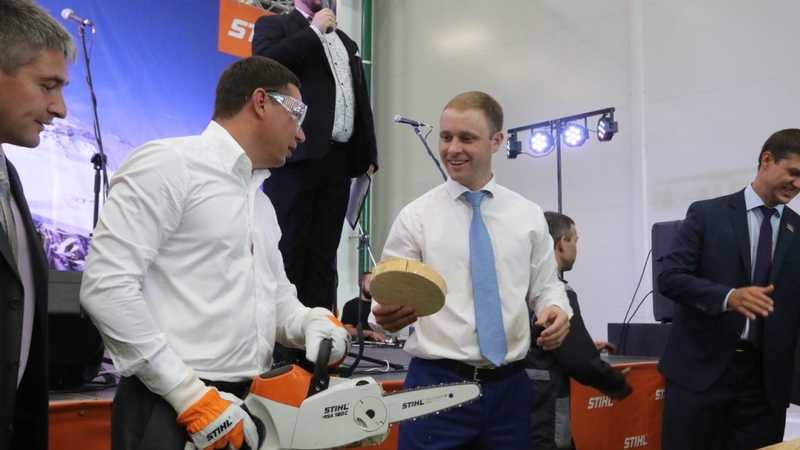 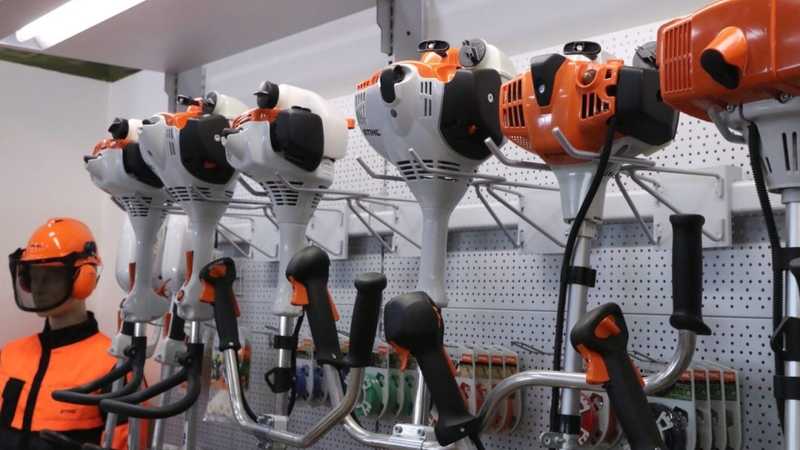 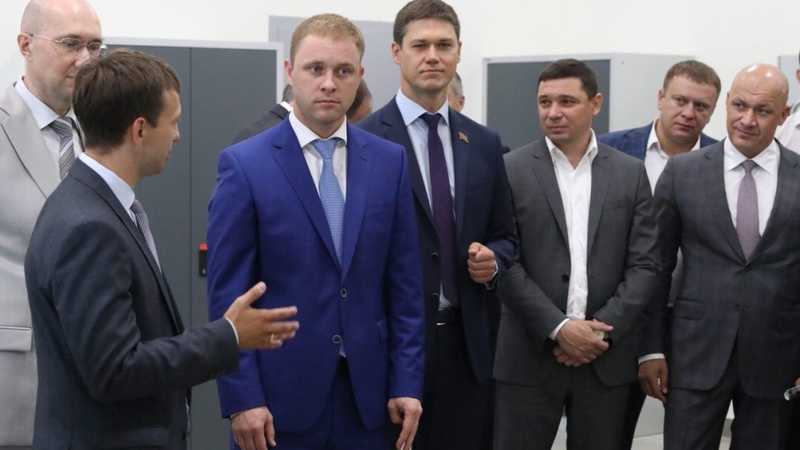 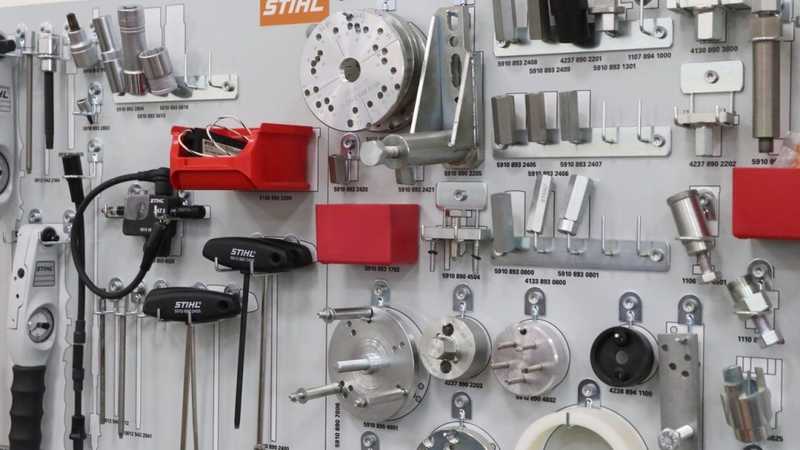 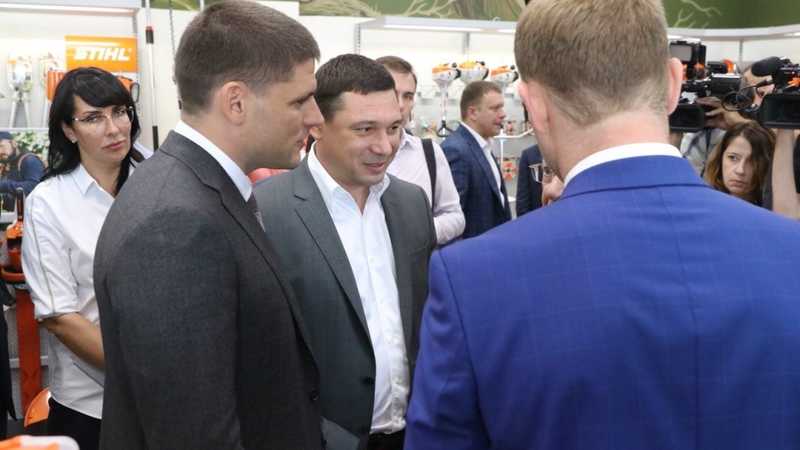 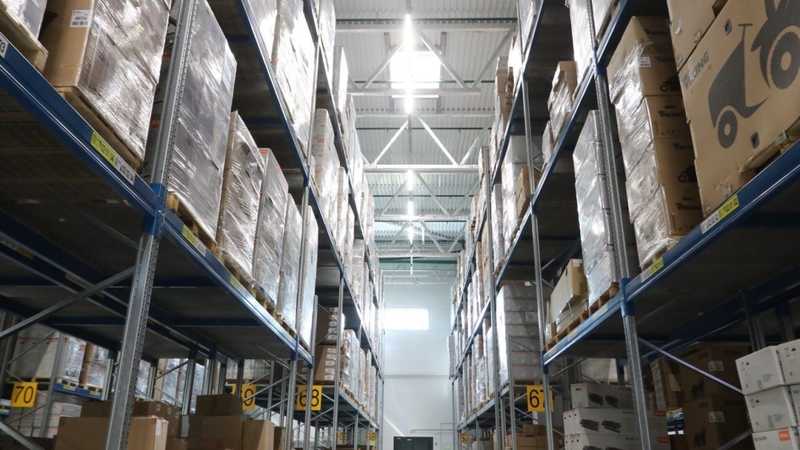 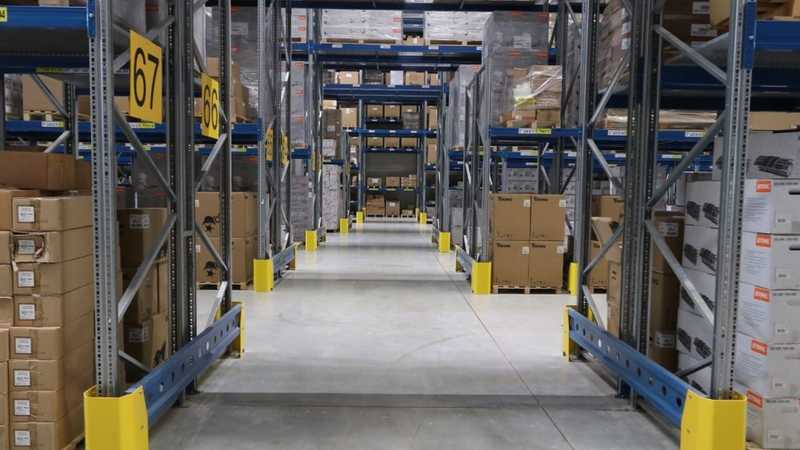 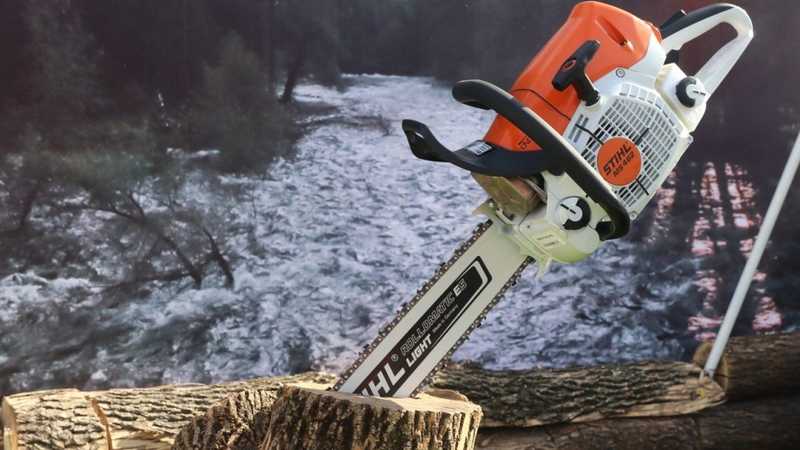 The facility area is 9 thousand square meters, the volume of total investment in the construction exceeded 440 million rubles. This was reported by son of the company founder, supervisory board chairman Hans Peter Stihl at the opening ceremony, which was attended by Vice-Governor of Kuban Vasily Shvets, Deputy Chairman of Legislative Assembly of Krasnodar Region Sergey Altukhov, Mayor of Krasnodar Evgeny Pervyshov.

"For us it is important and significant that such a well-known concern, as STIHL, which entered out city in 2014, develops, opens its own logistics center, which will carry out the deliveries to 20 regions of Russia. Thank you for the appreciation of Krasnodar as a stable economic partner. Beginning from 2014 Krasnodar has supported the investing company, and today we see the result — the first in Russia its own logistics center. I very much hope that the development will continue, and from now forth you will make the same way as your neighbour — the company CLAAS, which has already launched the second stage of the agricultural machinery production plant," said Evgeny Pervyshov.

As stated by the Mayor of Krasnodar, currently about 300 companies with foreign capital work in Krasnodar. This clearly demonstrates the attractiveness of the city for investors, the existence of favourable conditions, venues and infrastructure for the implementation of projects.

"In recent years Krasnodar Region has consistently and firmly strengthened relations with German business partners, and it brings good results. Today in our family we take the company STIHL with its own logistics centre, the largest one in the South of Russia. Move only forward to new heights, success and achievements!" said Vasily Shvets.

Logistics center opened at the address St. Zapadny Obkhod, 36/1 — near the plant of another large German investor — the CLAAS Group. The opening ceremony was also attended by member of the Board of Directors of the company Norbert Pick, CEO of the Krasnodar representative office of STIHL Südwest LLC Andrey Gubenko, Chief of the department of investments and development of small and medium-sized businesses of administration of Krasnodar Region Yuri Volkov, Deputy Mayor of Krasnodar Dmitry Logvinenko, partners and dealers of the STIHL company in Russia.

"Employees of subsidiary in Krasnodar have the greatest potential: since the foundation of the company in 2014 they not only built and expanded the dealer network, but also improved its quality indicators. We guarantee the highest level of service to buyers of STIHL products who acquire our equipment in the dealer centers. That is why in our new building we have created a modern training center for mechanics and sellers. Our high turnover, achieved in Russia in recent years, suggests that we do all right," said Hans Peter Stihl.

Hans Peter Stihl said that since 2014 the company functioned in the leased premises, now it has own logistics center. The area of the land plot is 0,9 hectares, volume of investments amounted to about 440 million rubles. A land plot of 1,2 hectares is provided for further development of the company. Since 2014 the company's subsidiary STIHL Südwest LLC has been engaged in logistics, sales and technical service of the products.

In accordance to the tradition of the STIHL company, in honour of the opening ceremony the participants cut a specially prepared tree trunk with chain electrical saws.

Together with the honoured guests Evgeny Pervyshov examined the facilities, assortment of products in the showroom, technical novelties of the company. The logistics center has also a training class for representatives of service centers. Since 2014 the center has trained more than thousand professionals — mechanics and sellers from across the country. The ceremony ended with the planting of the first three trees in the lane of the STIHL company.

The STIHL Group is the developer, manufacturer and marketer of motorised tools for forestry, agriculture and construction. It is founded in 1926. The STIHL production is sold through a specialized sales and service network, which includes 38 distribution and marketing companies, more than 120 importers and about 45 thousand dealers in more than 160 countries.

Since 1971 STIHL is the best-selling brand of chainsaws in the world. In Russia, the first representative office was opened in 1994. Currently the company employs 16 thousand people worldwide, an annual turnover is 3,8 billion euros. The production centers are located in six countries — Germany, Austria, Switzerland, Brazil, China and the United States.