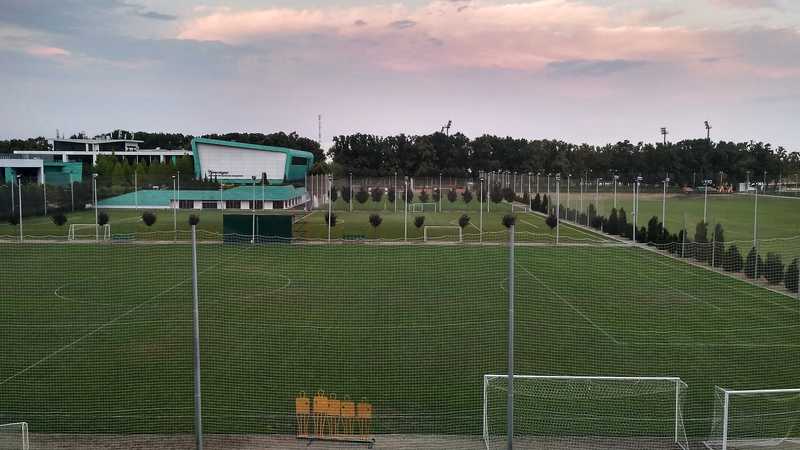 A short official ceremony of meeting of one of the favorites of the World Cup 2018 will be held tonight at the territory of football club Krasnodar academy. Spanish team players will come there straight from the airport. The Spanish team will be formally greeted by the creator and owner of FC Krasnodar Sergey Galitskiy and the Mayor of Kuban capital Evgeny Pervyshov.

"We are proud that the legendary team has opted for our city, they are going to live and train in the regional center — at the territory of the magnificent sports base, one of the best football stadiums of Europe," said Evgeny Pervyshov.

It is planned that the ceremony will be short — just a few minutes. With the national song and traditional bread and salt the artists of the ensemble of Cossack song "Slavitsa" will meet the players of the national team of Spain.

Footballers will be also welcomed by the Mayor of Krasnodar Evgeny Pervyshev.

On Friday, June 8, at the training ground of FC Krasnodar there will be an open training session of the Spanish team. On Saturday, June 9, a friendly match between the teams of Spain and Tunisia will start at 21.45 at the FC Krasnodar stadium.

During the World Cup 120 volunteers will help the foreign guests of the capital of Kuban. From 09.00 to 21.00 they will be on duty in 12 places of the city — the airport, railway station, Zhukov garden square, to the address Krasnaya Street 3, the stadium of FC Krasnodar, Theatre Square, shopping and entertainment center gallery Krasnodar, Avrora cinema, the park of the 30th anniversary of Victory, Sunny island, Chistyakovskaya grove and the City garden.

Earlier in May, the delegation of Spain attended the stadium and the base of FC Krasnodar, got acquainted with the capabilities of sports facilities. The tour was held by the creator and owner of FC Krasnodar Sergey Galitskiy, it was also attended by Evgeny Pervyshov.