Disassembling of fencing installed for the period of boulevard reconstruction works was started today at Krasnaya Street within section from Gavrilova Street to “Avrora” cinema.

— Until Saturday remaining part of boulevard will be opened for citizens’ access. Major installation and construction works have been completed by now, and the other part of work concerning landscaping and land improvement will not hinder citizens from comfortable passing the time and having rest here. You might as well say that it is just technical opening. Official opening will be organized during festivities dedicated to the City Day in the end of September when entire range of works will be completed to the full extent, — Krasnodar Head Vladimir Evlanov commented.

The order to make boulevard open to the public was given by Kuban capital Head during offsite working meeting held in July 31, when he attended the site of reconstruction and examined the progress of work.

Presently greenery works – planting of trees and flowers and forming of landscape are carried out by specialists of OJSC “Design studio “VISTA”. This contracting organization does greenery works along the whole length of Krasnaya Street. Along with that setting-up of watering automated system is now conducted here.

76 street light stanchions with 228 lamps, nearly 40 benches, 60 litter-boxes and other amenities will be installed by the end of all works.

Fountain complex situated at the end of boulevard turns on two fountains — plane fountain in front of “Avrora” and a cascade one in central part of the parkway, both are lighting and musical. For now they will be working in technical mode. Specialists continue setting-up of fountain systems and its “dance” mode adjusting to the tune of certain melodies.

Plane fountain situated in front of cinema house takes 22x23 meters. 12 water pumps operate the fountain which is fitted with 64 spray-bars and 128 LED lamps creating “water pictures”. This fountain ground will be also used for open-air theatre — more than 4 thousand spectators can be placed around its perimeter in the course of performances.

The second fountain is a cascade one consisting of three elevated square basins (20x20 meters each) lined with granitic rock. Water pressure is provided with 98 pumps. The system comprises about 800 spray-bars and 24 spray-bars for creation of 3D effects. The fountain lighting will be created by means of 1600 LED lamps.

It is to be recalled that the construction of fountains cascade and land improvement of the last stage of boulevard at Krasnaya Street have been carried out through regional target program “Capital city image to Krasnodar” adopted on the initiative of Kuban Governor Alexander Tkachev.

Municipal contract for execution of remaining part of reconstruction works was concluded with OJSC “MERIDIAN” in July2013. Contract value is 280 mln roubles. An overall cost of the project – nearly 500 mln roubles. 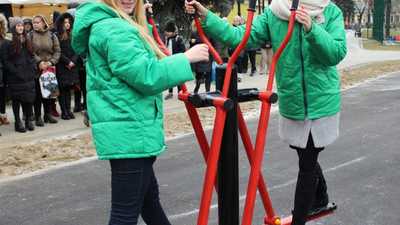 Workout zone opened in the center of Krasnodar 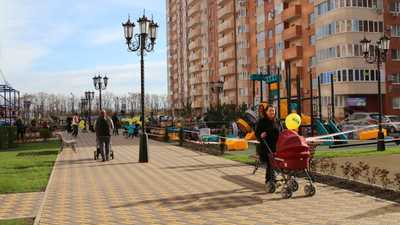 “Panorama” microdistrict of Krasnodar has got a new boulevard 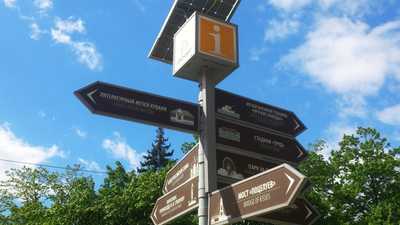 Tourist-information center will appear in Krasnodar