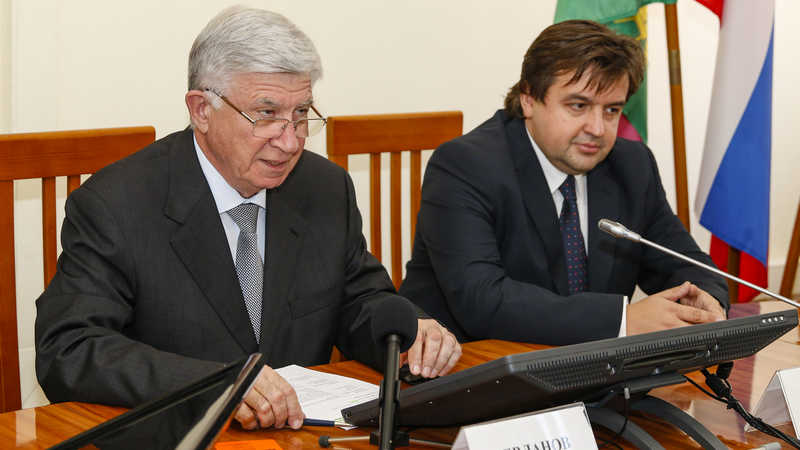 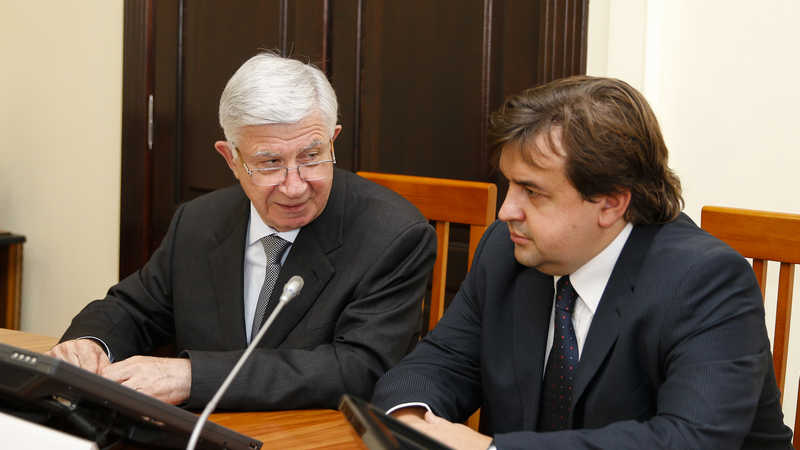 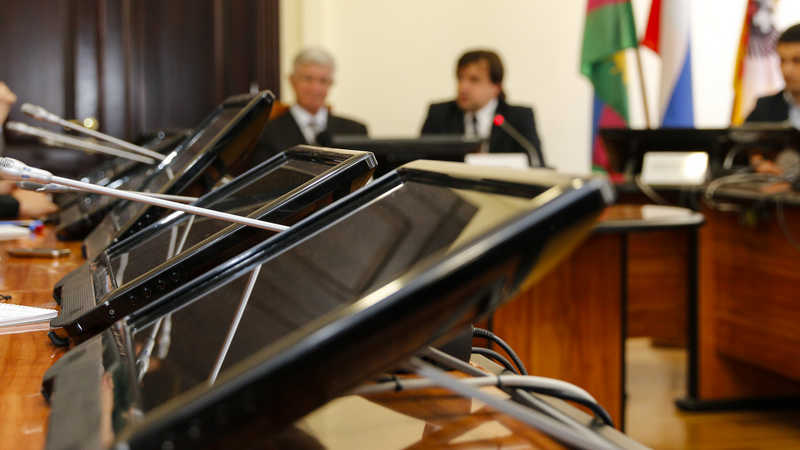 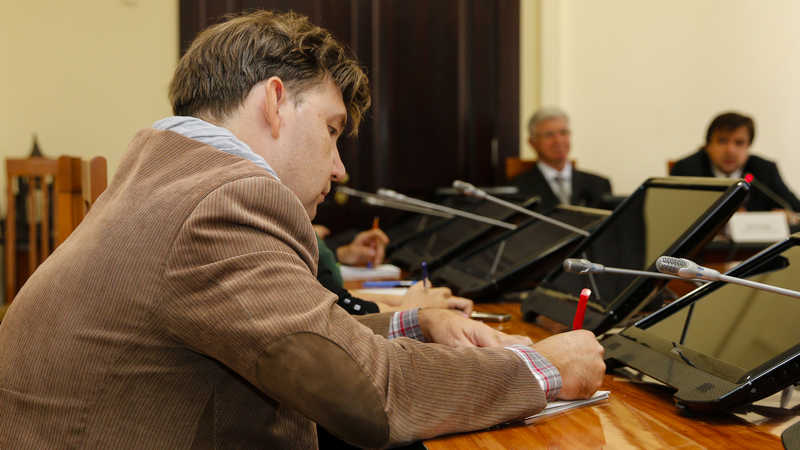 Today Vladimir Evlanov held a working meeting with manager and developer of the course “Branding” of British Higher School of Art and Design Andrey Purtov. They discussed forthcoming cooperation details. During the year the course participants will develop Kuban capital brand.

— This is a new field for Krasnodar. We are grateful to the team of Andrey Purtov, one of the most prominent Russian specialists in this field, for consent to work out brand of Kuban capital free of charge. The idea was about to happen and with assistance of Community Council it comes to fruition. Today Krasnodar is dynamically developing, regularly recognized by analysts as one of the most comfortable cities for living and business making in Russia and it is in top ten Russian cities which are known abroad. I think it’s time for Krasnodar to get its own recognizable brand which underlines its peculiarities, comparative advantages and which will contribute to further development, — Vladimir Evlanov said.

Working meeting took place in Krasnodar City administration. It was also participated by Chief of the Department of State Programs of Krasnodar Region Ministry of the Economy Khristofor Konstantinidi, Chief of the Department of Information and Analytical Support Pavel Tychinkin, chairwoman of Krasnodar Head Council for urban environment development on a voluntary basis, director of OJSC “Communications agency Rclass market” Elena Shuvalova and mass media representatives.

From now on, the process of Krasnodar brand creation has been effectively started. It will be implemented on the basis of agreement concluded between Krasnodar administration and British Higher School of Art and Design in connection with intent of cooperation on city brand development.

— Krasnodar is a big, challenging and ambitious city. Of course, working on its own brand is interesting for us, — Andrey Purtov said.

“Branding” educational department of British Higher School of Art and Design was opened in 2012. From this time on, team of lecturers and students under the guidance of Andrey Purtov works in branding of territories. During two years the course participants have already implemented similar projects as part of their degree works for a number of Russian cities, including — Vladivostok, Izhevsk, Novoshakhtinsk, Kazan, Yeniseysk.

In accordance with established practice, the project “Brand of Krasnodar City” will be developed by a group of designers studying at British Higher School of Art and Design within the framework of their degree works. The group membership will be defined in the following several weeks. The course participants will be advised by nearly 25 lecturers-experts.

Andrey Purtov underlined that the project will become most open for external reviewers including experts from Krasnodar who can be engaged in through Krasnodar Head Council for urban environment development and the project coordinators in Kuban capital. Finally, overall team will consist of several dozens of specialists and BHSAD project group in its core.

Social and economic development of Krasnodar, its advantages and disadvantages, trends and preferences among Krasnodar citizens will be researched during the initial phase of the project. All these aspects will be taken into account during the forthcoming work.

— Now it’s too early to talk about what result will be achieved. Eventually the project is to improve the quality of life of citizens and increase local budget revenues, thus enabling more finances for the development of the city infrastructure, — Andrey Purtov remarked. Design and slogan will be worked out at the final phase of the project. However, visual identifier is just the tip of the iceberg which should have solid economic basis. Brand, first of all, has to be useful for citizens.

British Higher School of Art and Design has been founded in 2003 in Moscow for education and professional training on advanced international educational programmes in the area of art and design. The School makes it possible in Russia to get British higher education as according to educational programmes accredited by Quality Assurance Agency — an independent agency for academic quality control.

Andrey Purtov is manager and developer of BHSAD “Branding” course, co-founder and CEO of branding company ArtGraphics.ru, HiBrand producer, managing partner of business development company “Plan & Business”. He works in branding and marketing since 1989. He was ideologist and chief editor of commercial design and branding magazine Identity.