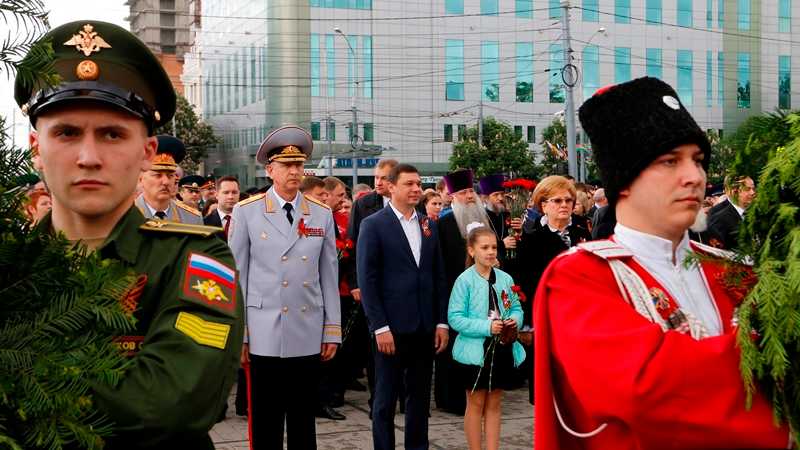 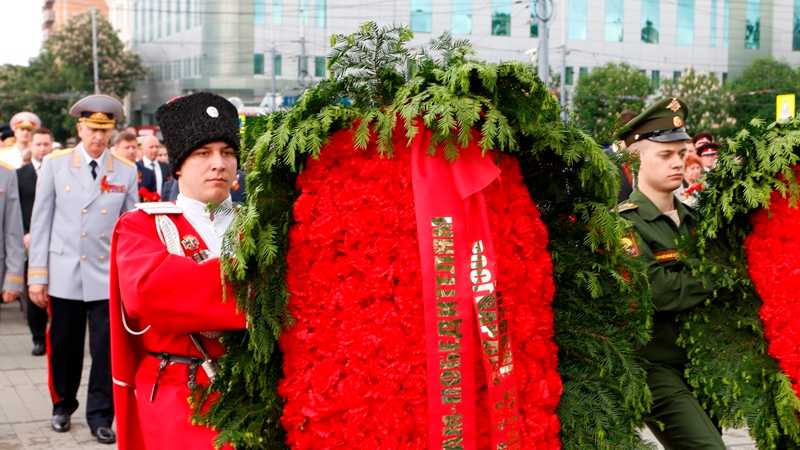 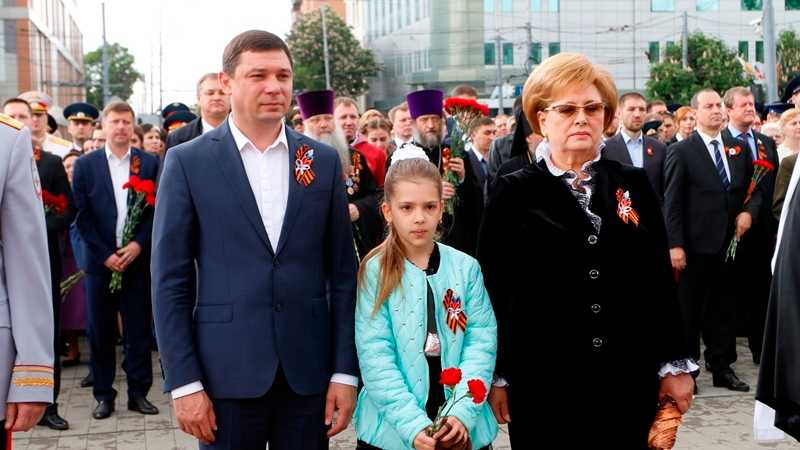 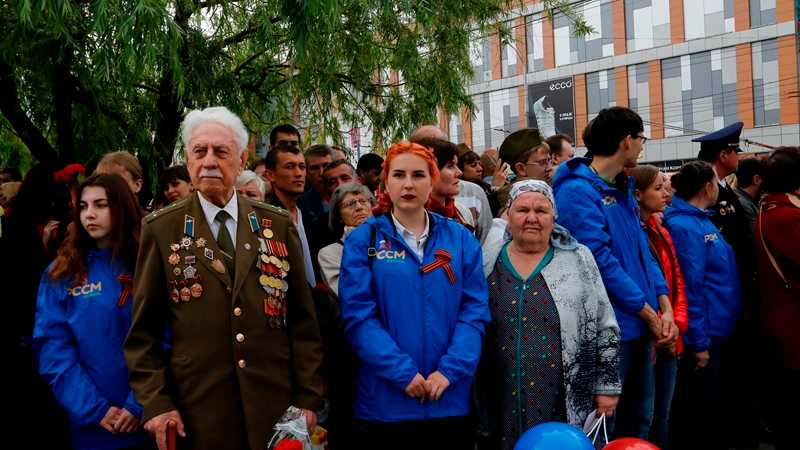 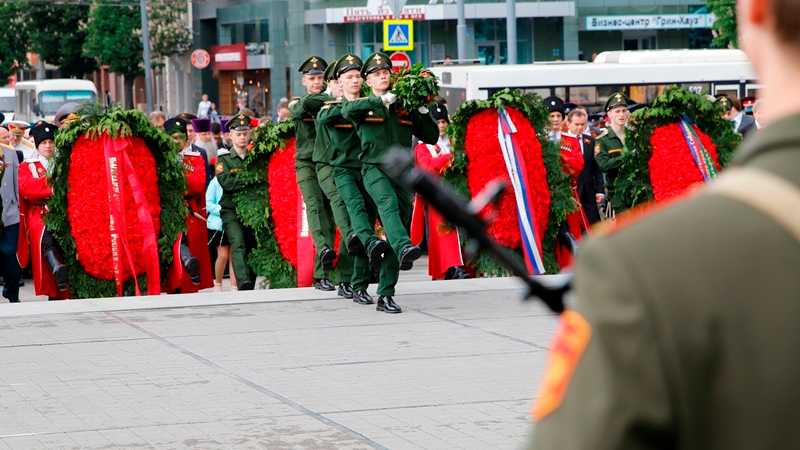 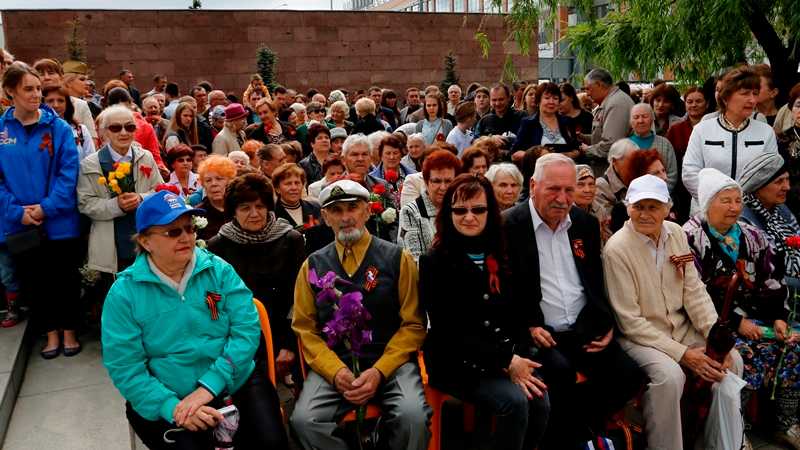 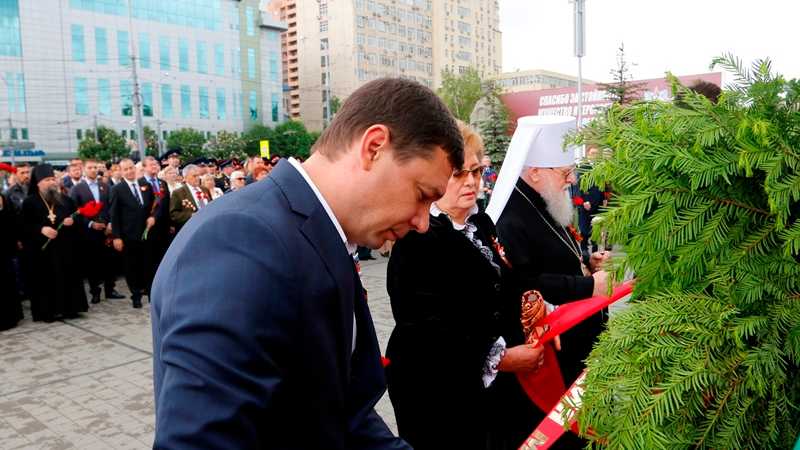 By tradition, Victory Day celebration began with the ceremony of laying wreaths and flowers to the Eternal Flame and monuments to the heroes and participants of the Great Patriotic War.

Governor of Kuban Veniamin Kondratiev, Chairman of Legislative Assembly of Krasnodar Region Vladimir Beketov, Head of Krasnodar Evgeny Pervyshov, Chairwoman of the City Duma of Krasnodar Vera Galushko, Metropolitan of Yekaterinodar and Kuban Isidore, Federal inspector for Krasnodar Region of the President's plenipotentiary office in Southern Federal District Alexey Yermakov, deputies of the Legislative Assembly of the region and the City Duma of Krasnodar, veterans of the Great Patriotic War, representatives of youth and veteran social organizations, Cossacks, residents and guests of Kuban capital came to lay flowers, wreaths and garlands of military honour to the memorial on the Square of Memory of Heroes.

Accompanied by the tunes of a funeral march, the participants placed flowers to the Eternal Flame. After that the anthems of Russia and Kuban have been played. In memory of all those who perished during the Great Patriotic War, a gun salute was made. At the square, cadets of military colleges and Cossacks of Yekaterinodar District Cossack Society took a solemn march.

All the people crossed All Saints Cemetery and came up to the tomb of the Heroes of the Soviet Union the brothers Ignatovs, Evgeny and Gennady, and a monument to the warriors who had fallen in the battles for the independence of our Homeland. They laid flowers at the monuments' foot. 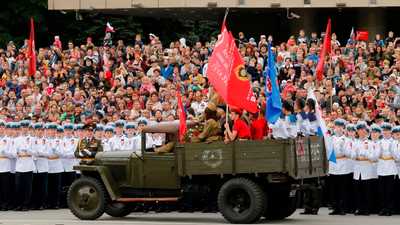 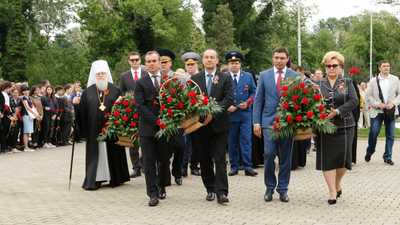