Krasnodar City Hall hosted a reception for the delegation from Vietnam 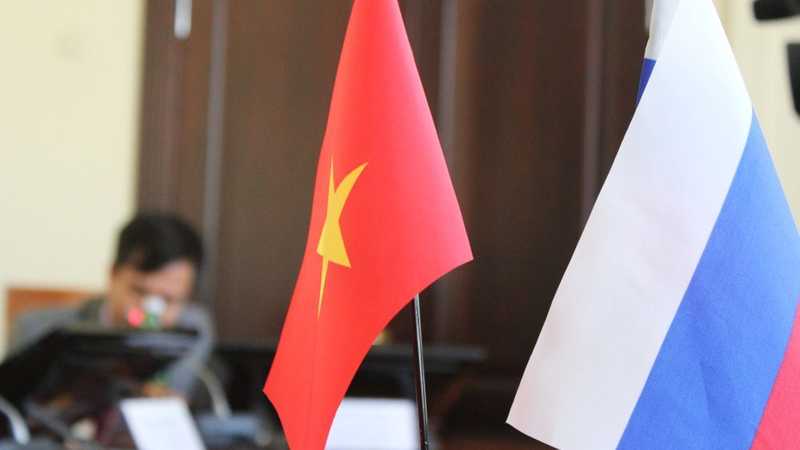 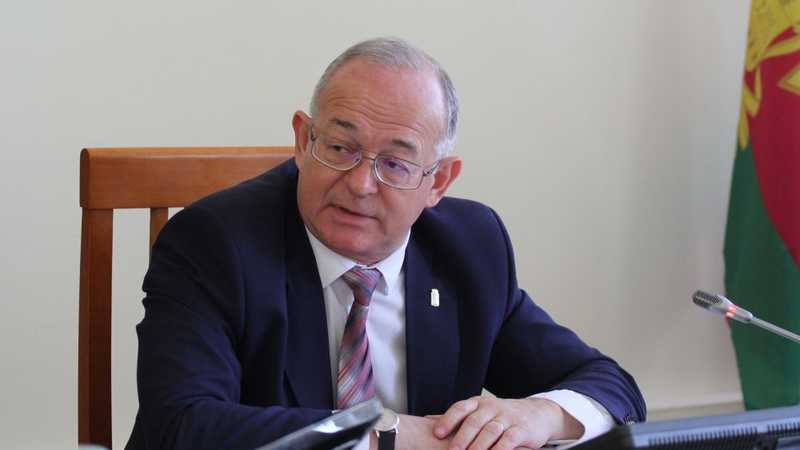 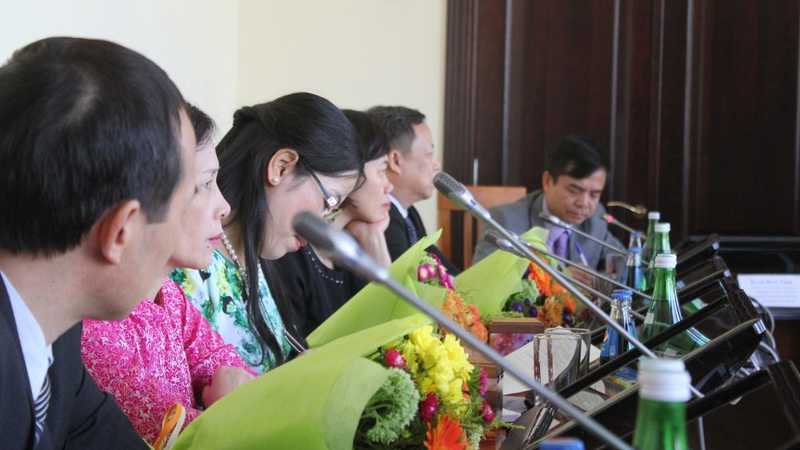 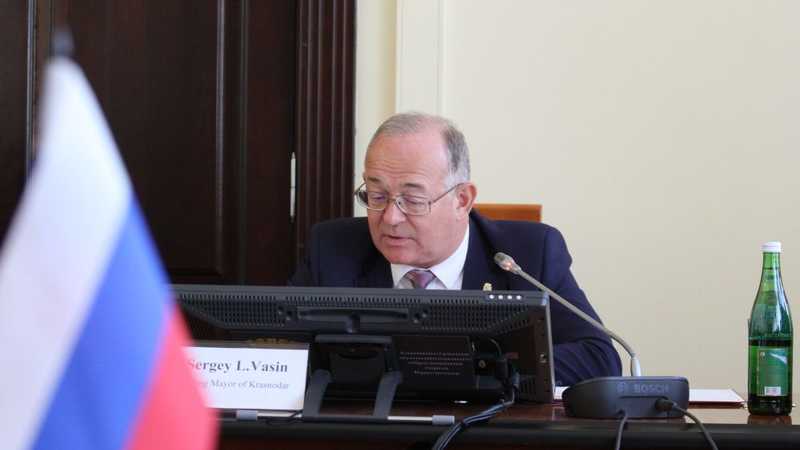 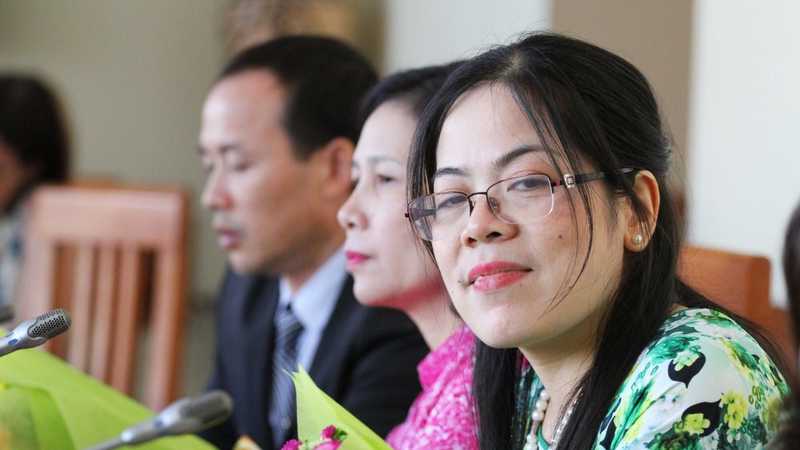 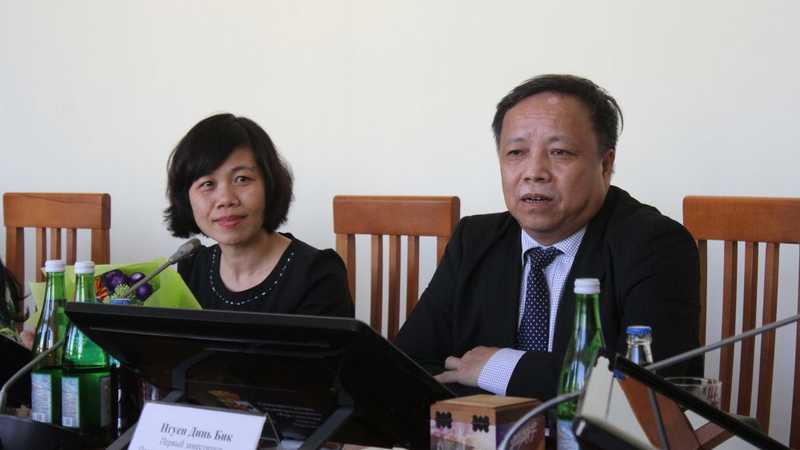 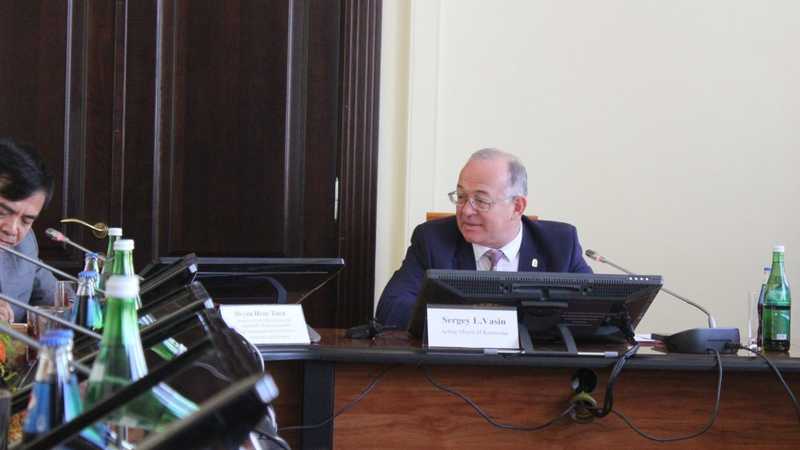 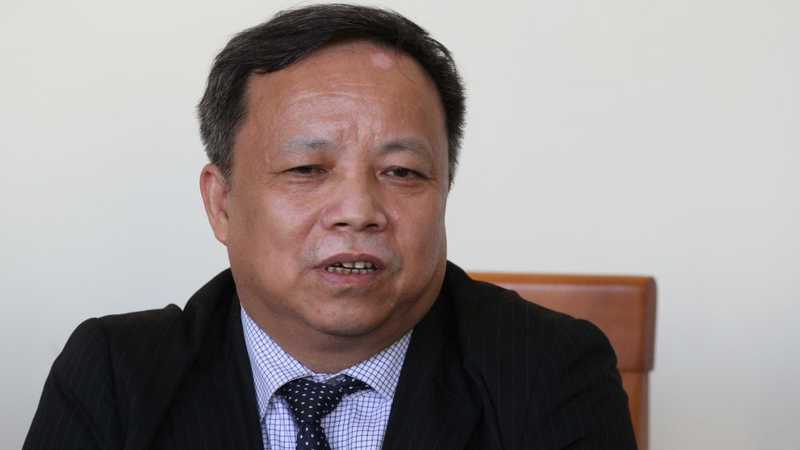 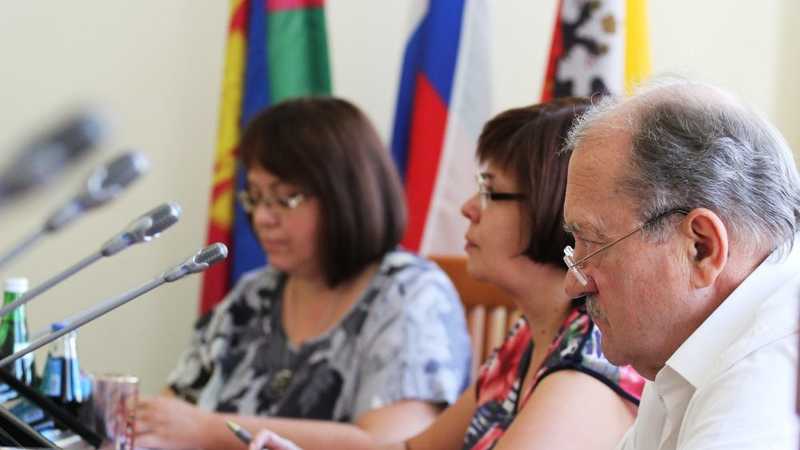 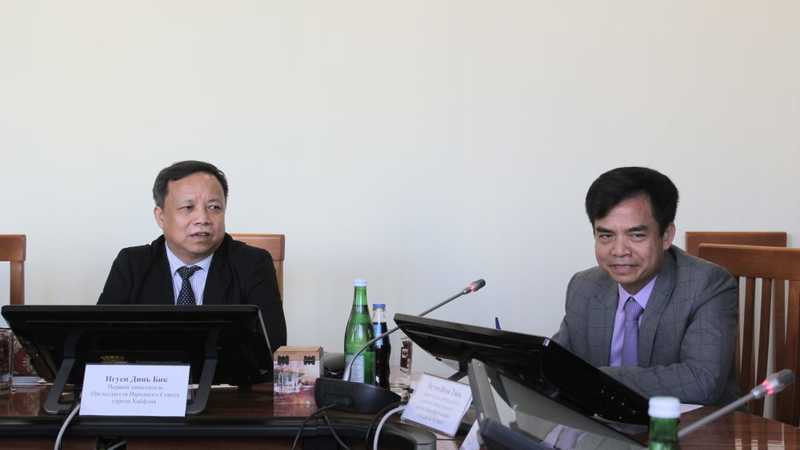 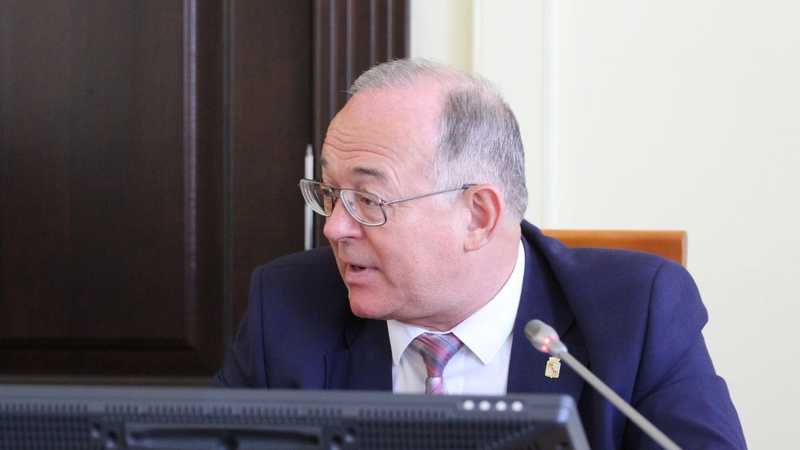 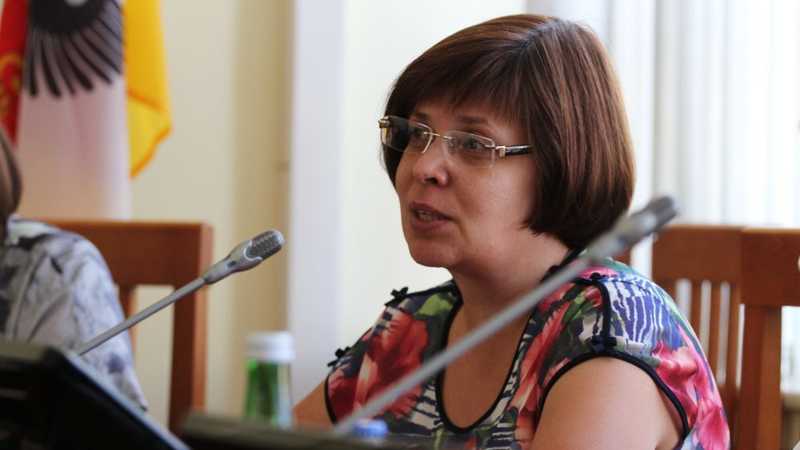 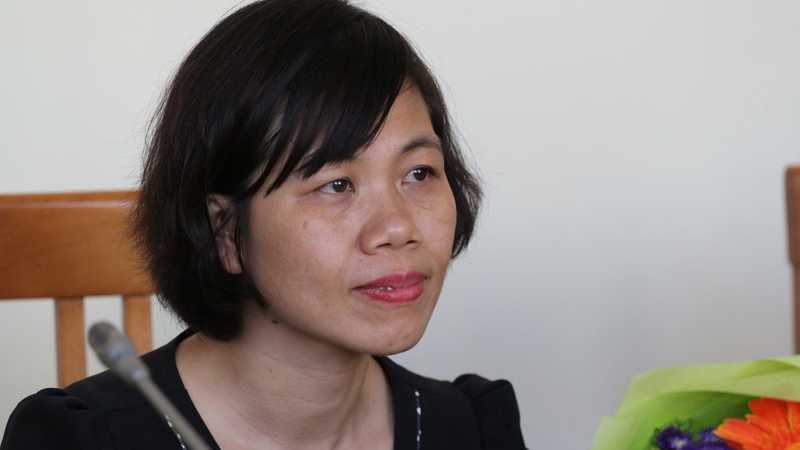 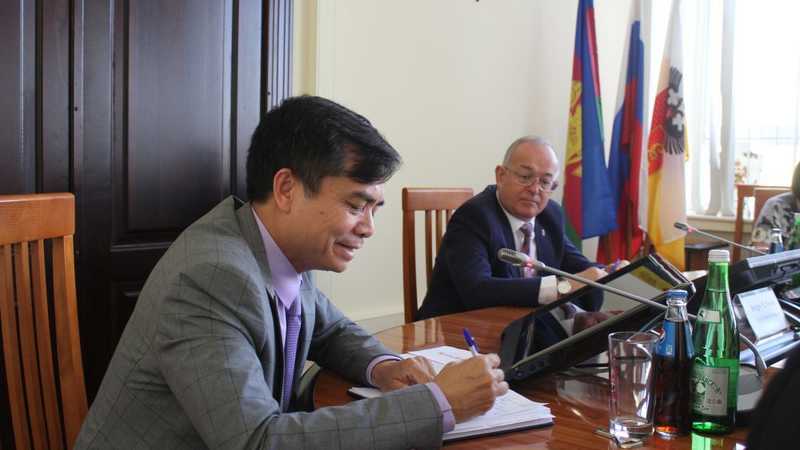 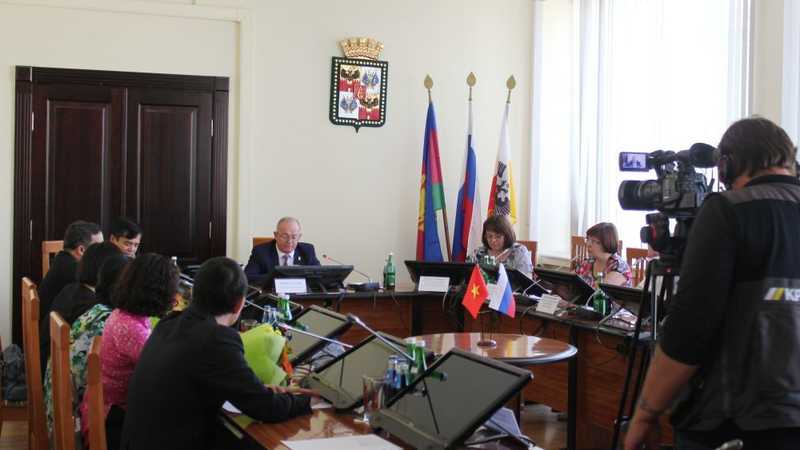 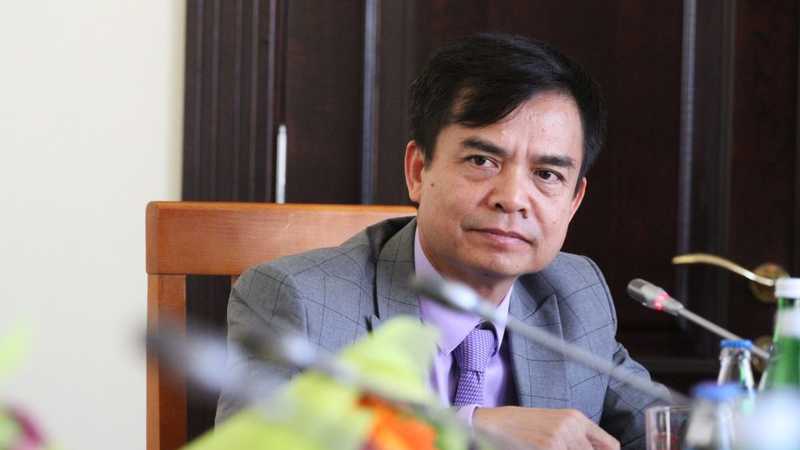 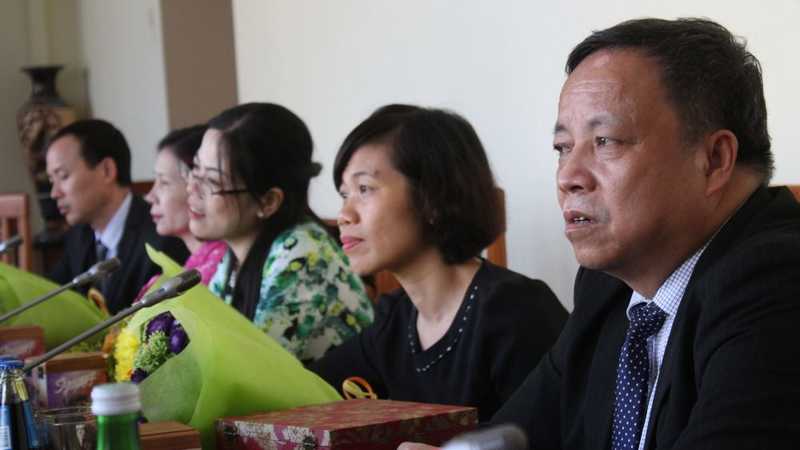 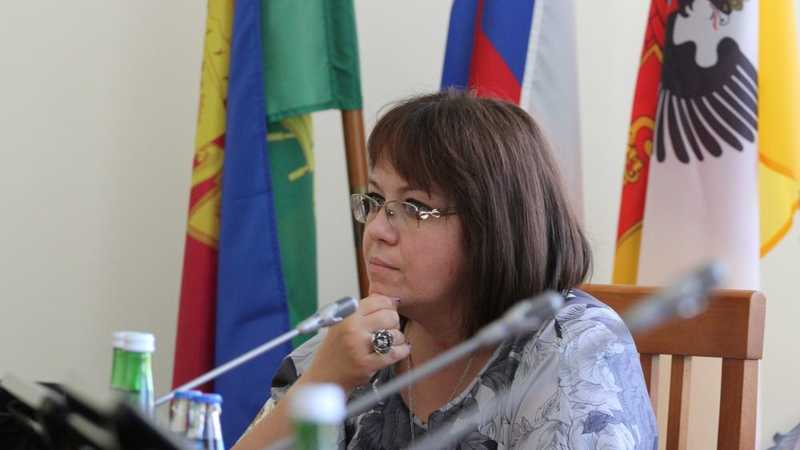 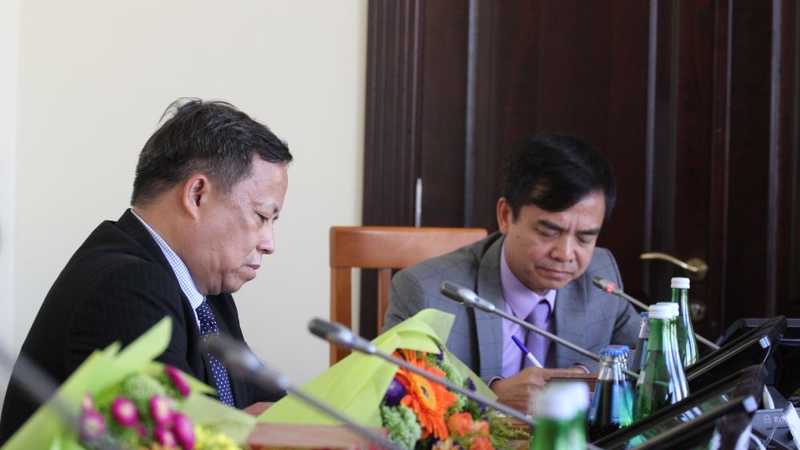 At the meeting the representatives of the Vietnamese city of Hai Phong and Krasnodar discussed prospects of bilateral cooperation. The reception was led by First Deputy Mayor of Krasnodar Sergey Vasin.

"Kuban and Vietnam have long cooperated in various fields and areas. I hope that together with our colleagues from the Republic of Vietnam, from Hai Phong Сity, we will choose those areas that are most interesting and in which we will be able to establish mutually beneficial cooperation," said Sergey Vasin.

The First Deputy Mayor of Krasnodar also told the representatives of the Vietnamese delegation about Krasnodar as the center of economic, industrial and cultural life of the South of Russia, the achievements of the city, its investment development, cooperation with foreign investors.

Sergey Vasin said that Krasnodar has 10 sister cities and partner cities in different parts of the world. Krasnodar has recently established sister city relationship with the French city of Nancy and the Austrian Wels.

"It is important for our countries to support each other — to strengthen and develop cooperation, which has a long history since the days of the Soviet Union. Hai Phong is a large city in the North of Vietnam, with the third largest population in the country. This is a great commercial and industrial center and the second in Vietnam according to the sea port turnover. We believe that our cities have great opportunities for cooperation," said Nguyen Dinh Binh.

According to the First Deputy Chairman of the People's Council of the city of Hai Phong, there are great opportunities for the implementation of joint projects in industry, construction and tourism in Krasnodar.
Education is another area of mutual cooperation in which agreements have been already reached.

Nguyen Dinh Binh said that a Memorandum of cooperation between the Kuban State University and the University of Hai Phong was signed on that very day. Under this agreement the center of Russian culture and language will be created on the base of the Hai Phong University. It is planned to study future Vietnamese specialists the Russian language, as well as to make exchanges of teachers and students of educational institutions of the two countries.

30 January 2018 marks 68 years since the establishment of diplomatic relations between the Russian Federation and the Socialist Republic of Vietnam.

In 2014 the visit of the General Secretary of the Central Committee of the Communist party of Vietnam Nguyen Phu Trọng took place in Sochi.  In 2015 the delegation of Vietnam headed by Ambassador Extraordinary and Plenipotentiary of the Socialist Republic of Vietnam in the Russian Federation Mr. Nguyen Thanh Sơn arrived in Krasnodar Region with working visit. 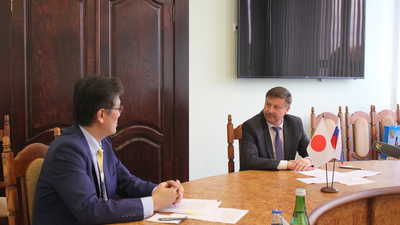 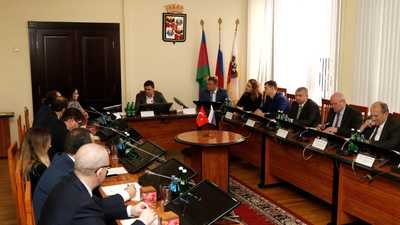