Krasnodar is the most well-furnished city in Russia 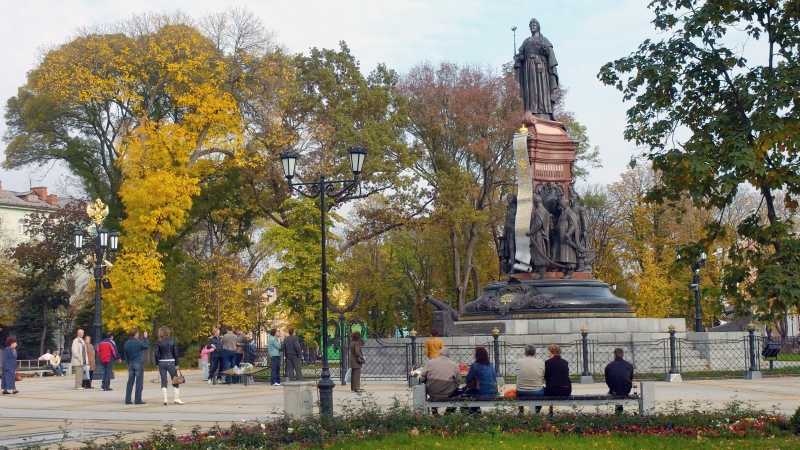 The capital of Kuban took the first place in All-Russian competition for the title of the most well-furnished urban settlement in Russia in the first category – capitals of the Russian Federation Regions.

— This competition is held yearly. It is repeatedly participated by Krasnodar and the city has become awardees many times. Krasnodar wins the competition for the first time in the past 10 years. This is our common big victory. To take part in the competition we provided the Russian Federation Ministry of Construction with all required statistical information and indicators of the work done in the sphere of urban land improvement, communal services and construction over the past year. Just yesterday Chairman of the Russian Federation Government Dmitry Medvedev has signed the corresponding decree on awarding Krasnodar the first place in the category of the RF regional capitals. I congratulate all the citizens of Krasnodar on this event. In fact, this reflects work of all people living here, — Head of the capital of Kuban Vladimir Evlanov said.

— It cannot be said that Krasnodar has no problematic issues. We take notice of criticism of some aspects in the sphere of the city beautification. Citizens make many remarks and this is good. But the results of the competition prove yet again that presently the work on resolving all existing problems in the housing and communal services sector and the city beautification is being done better then in many other cities of Russia. For each of us this is a new impetus to work even better. I’m sure Krasnodar citizens love their city and will work even harder to make it more beautiful, well-furnished and liveable.

Yearly the competition is held by the RF Ministry of Construction in accordance with the Regulations for All-Russian competition for the title of “Most well-furnished urban (rural) settlement in Russia” in six categories of municipal formations. The first category – regional capital cities, other categories are formed depending on the number of residents of cities and rural settlements.

The competition is designed to stimulate the activities of local urban and rural authorities on the development of the housing and communal services sector and settlements beautification.

An official of the department of communal services, fuel and energy sector of Krasnodar administration informed that the necessary set of documents has been submitted to the RF Ministry of Construction in April 2015 to participate in the competition. Application documents included a photo album of Krasnodar City views and eight-minute demonstration movie about Krasnodar.

Over 100 photos presented various areas of activity on beautification of the city: planting, buildings facades renewal, examples of newly constructed facilities, reconditioning of roads, pavements, yards, use of high technologies in the housing and communal services sector of Krasnodar.

Municipalities that win first places of the contest are awarded with diplomas of the Russian Federation Government. Additionally the competition regulations stipulate prizes of 100 million roubles to be paid the winner.