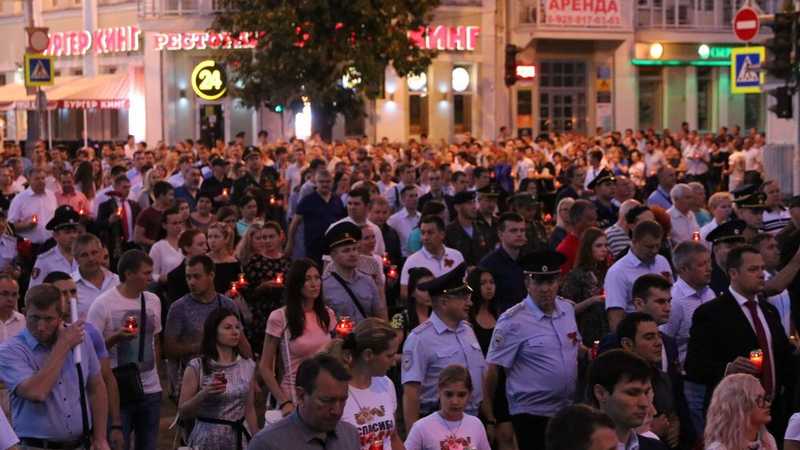 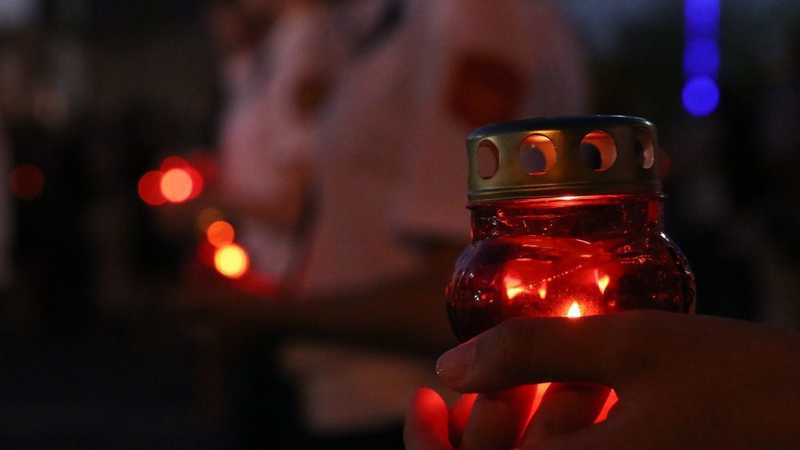 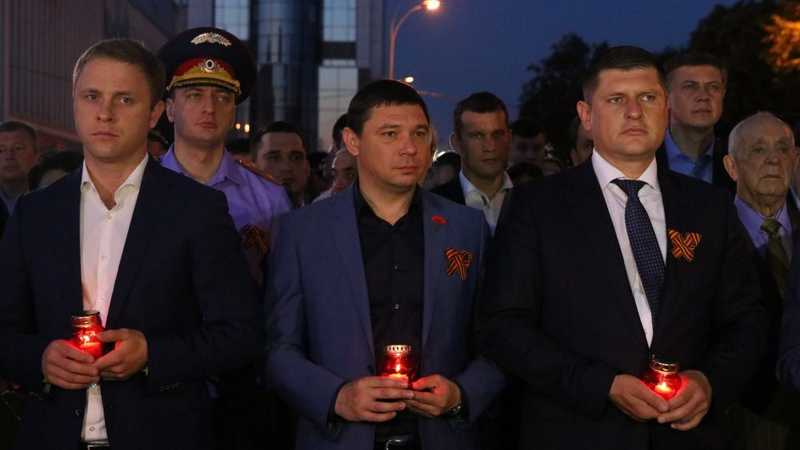 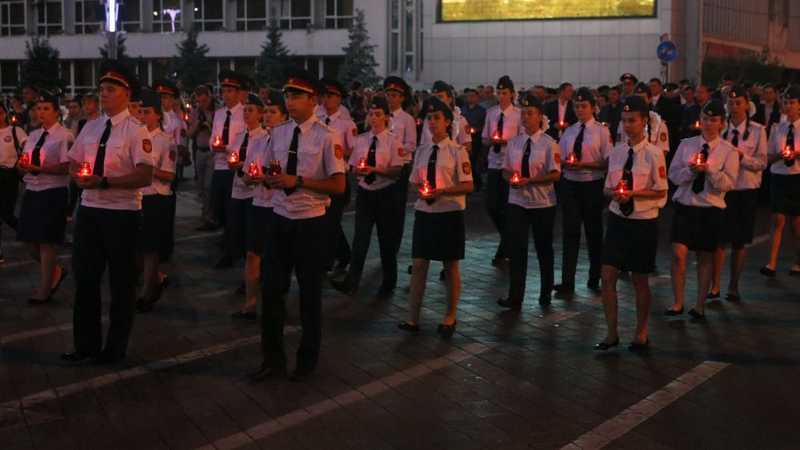 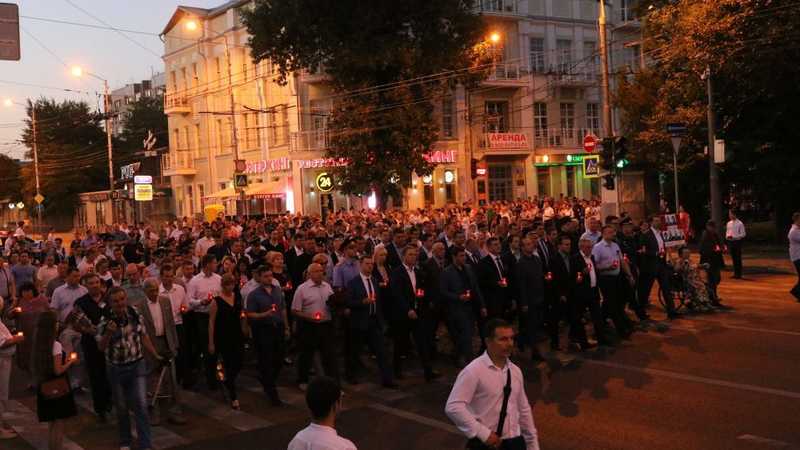 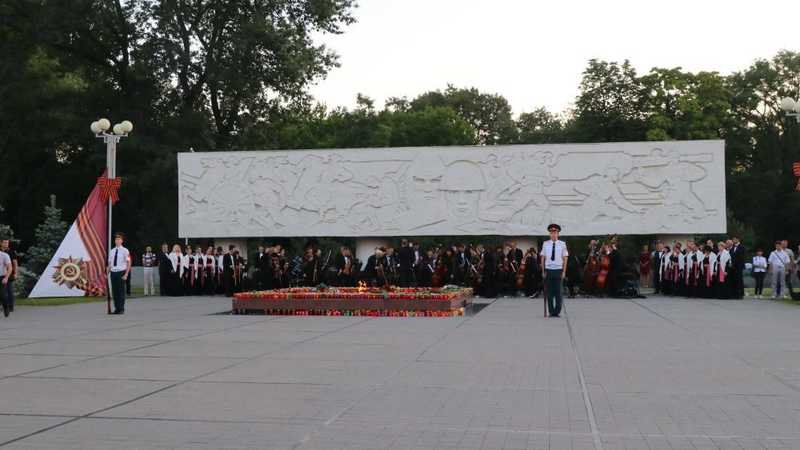 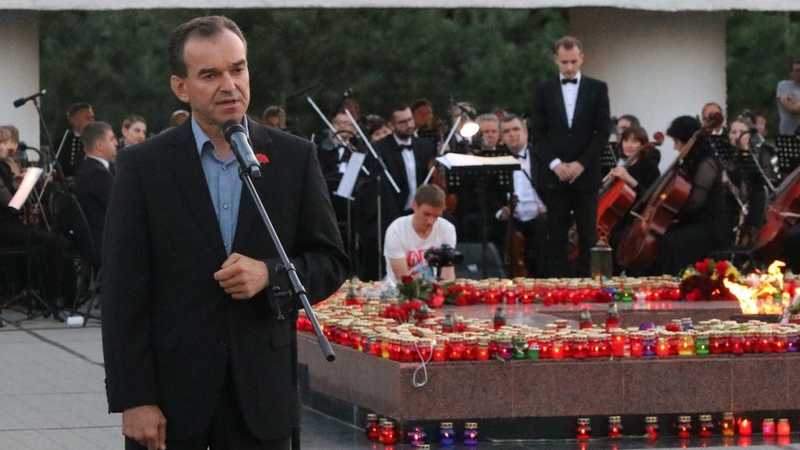 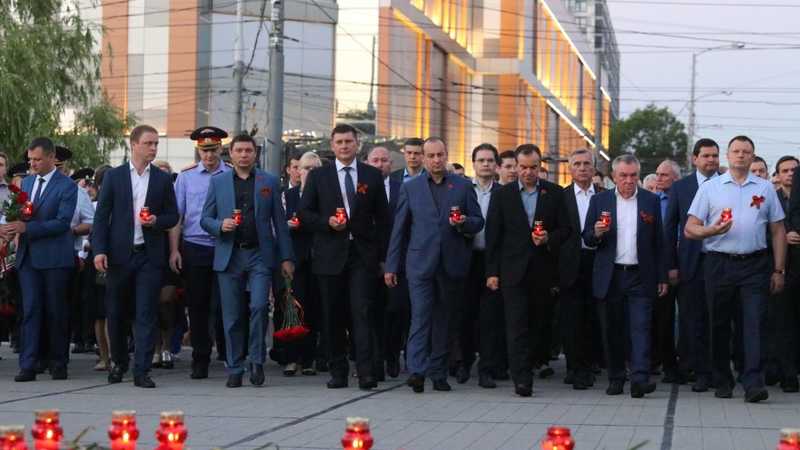 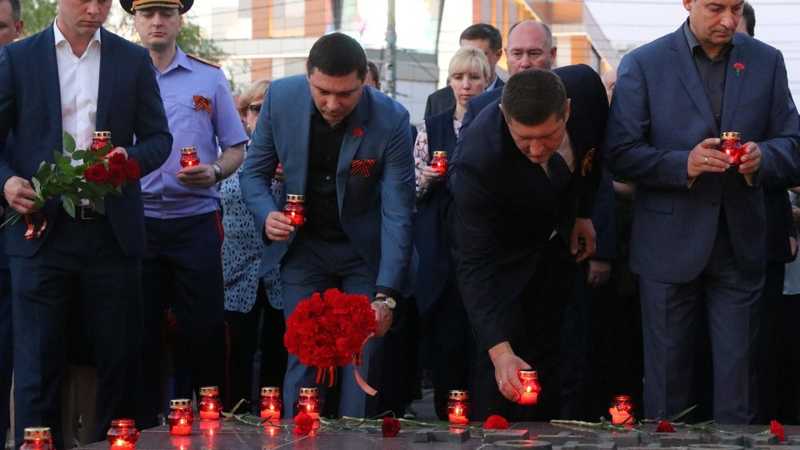 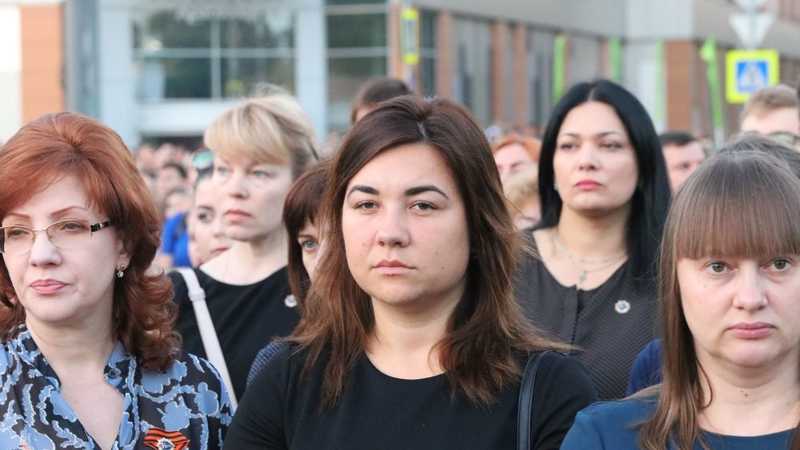 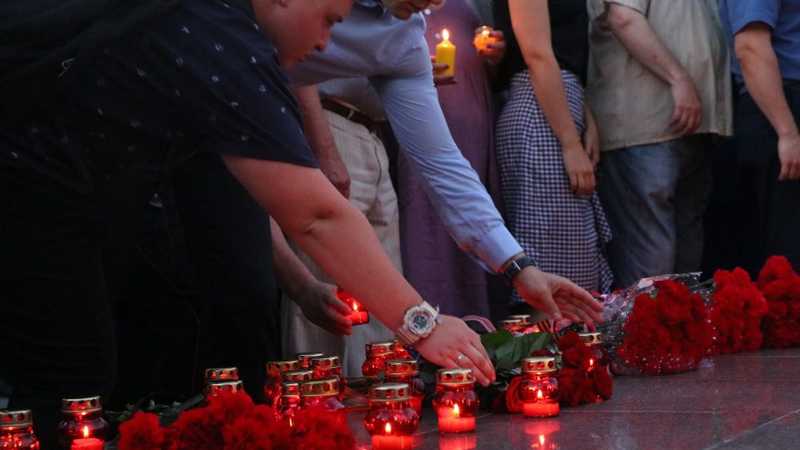 More than 14 thousand citizens of Krasnodar joined the All-Russia action devoted to Day of Memory and Grief. They went down Krasnaya Street from the Theatre Square to the memorial complex "Eternal flame" in the Square of Memory of Heroes and brought burning candles.

Along with the citizens of Krasnodar the procession was participated by the Governor of Kuban Veniamin Kondratiev, Chairman of the Legislative Assembly of Krasnodar Region Yuri Burlachko and the Mayor of Krasnodar Evgeny Pervyshov.

The memorial action began on June 22 at 04.00 a.m. — a commemorative date and time of the beginning of the Great Patriotic War in 1941. The air rang with the sounds of military siren, the sound of bombing and archived audio record of the Soviet announcer's voice Yuri Levitan, who announced the attack of the German fascist invaders in 1941.

Then a procession with the lit candles moved from the square in the Krasnaya Street in the direction of the Memorial complex "Eternal flame". The column was headed by retro-equipment of the war years, chief executives of the region and the city, veterans of the Great Patriotic War, deputies of the Legislative Assembly of Krasnodar Region and of Krasnodar City Duma, heads of judicial and law enforcement authorities. Members of city and regional public associations, representatives of labor collectives, enterprises, organizations and educational institutions also marched in the procession. Audio recordings of wartime songs and narration about the tragic military milestones of the Kuban capital and Krasnodar Region were played from retro-car during the column movement.

The action participants laid flowers to the Eternal flame and bas-reliefs at the walls of the memorial complex and put candles at the foot of the memorial. A mourning rally was held in the Square of Memory of Heroes.

"Time stopped on June 22, 1941. Then no one could imagine what price to be paid for the Victory. Burned down cities and villages, hunger, cold, sleepless nights with machines. Fascist havocked Kuban land, left a terrible black mark. Hundreds of thousands dead citizens in the region, ravaged land. We light these candles in memory of all who died for us. The bright memory to the war heroes, eternal glory to the victors," said Veniamin Kondratiev.