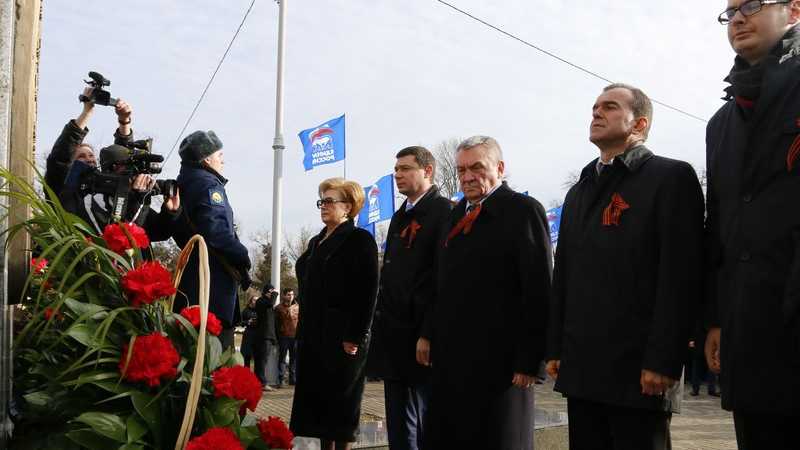 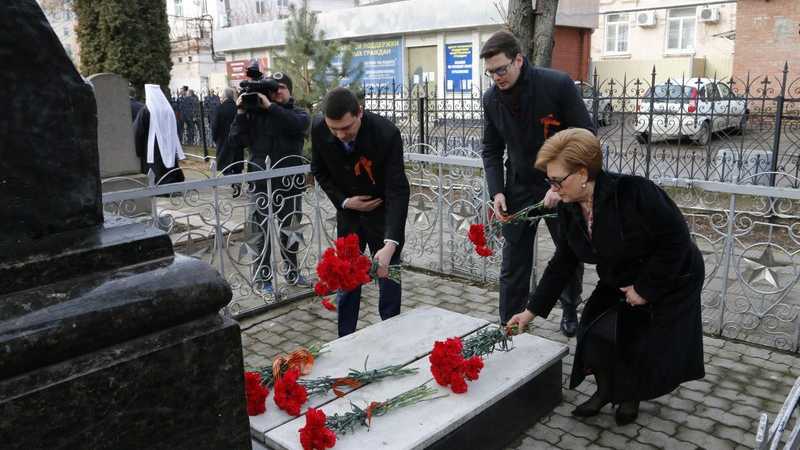 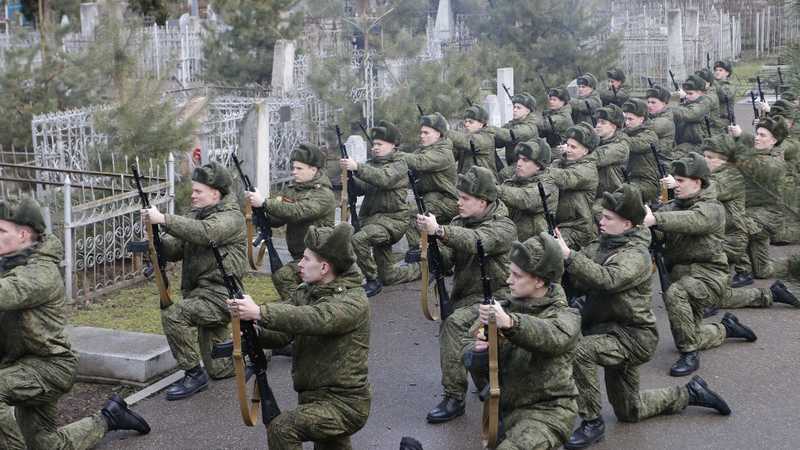 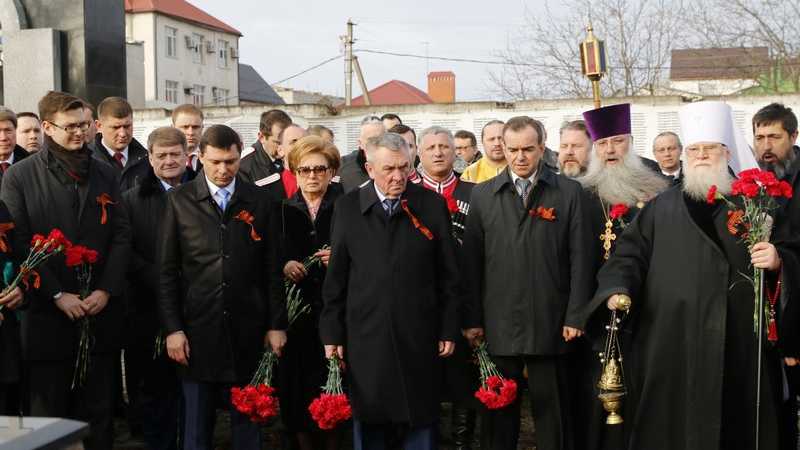 The ceremony began with laying garlands by cadets of military universities of the capital of Kuban. Chief executives of the region and the city, soldiers and Cossacks laid wreaths. The gun salvos were made under the sounds of the national anthem and the anthem of Kuban  performed by a brass band of Krasnodar Red Banner military academy of Shtemenko.

After that participants of the ceremony traditionally passed on the All Saints cemetery, laid flowers at the tomb of the Soviet Union Heroes the Ignatov brothers, and approached to the monument to the Unknown Soldier.

The solemn laying of baskets and flowers started under the musical accompaniment of the brass band of Krasnodar higher military aviation academy of Serov. The melody of the famous song "It seems to me sometimes that soldiers, from bloody fields, did not come back..." to poetry by Rasul Gamzatov sounded at the monument to the Unknown Soldier.

After the performance of the anthem and salvos, military units of the Krasnodar military garrison, cadets of military universities and the group of honor guard of Cossacks of Kuban Cossack Army marched in review.