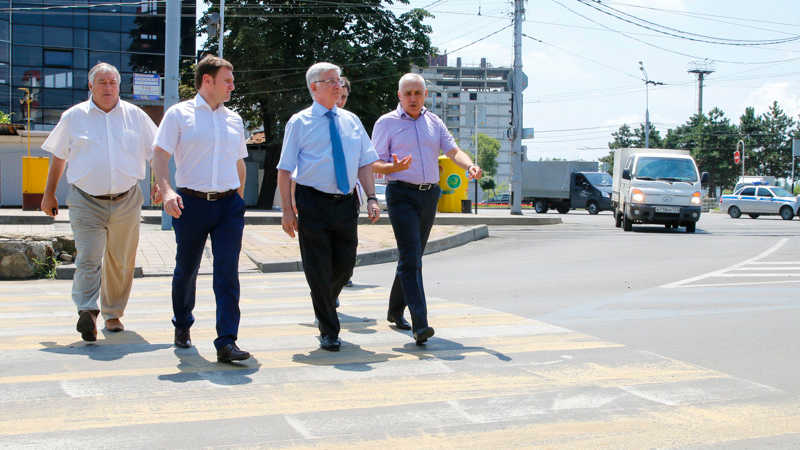 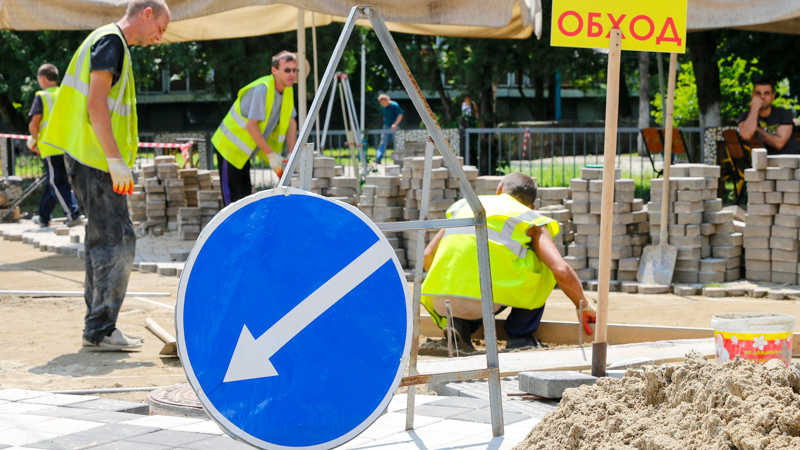 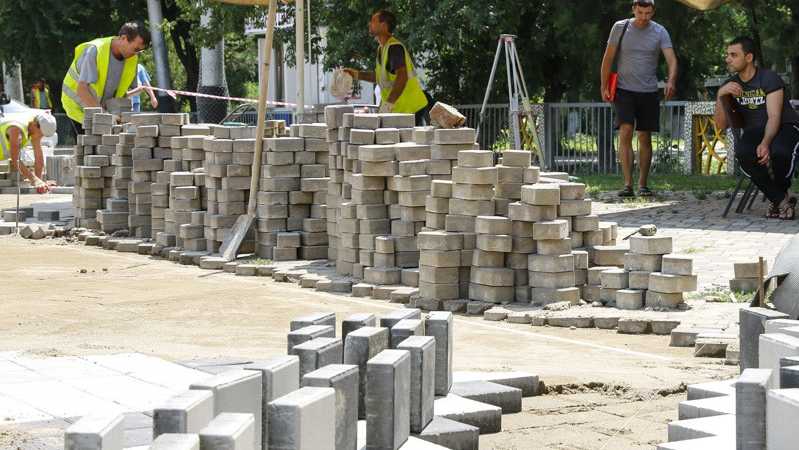 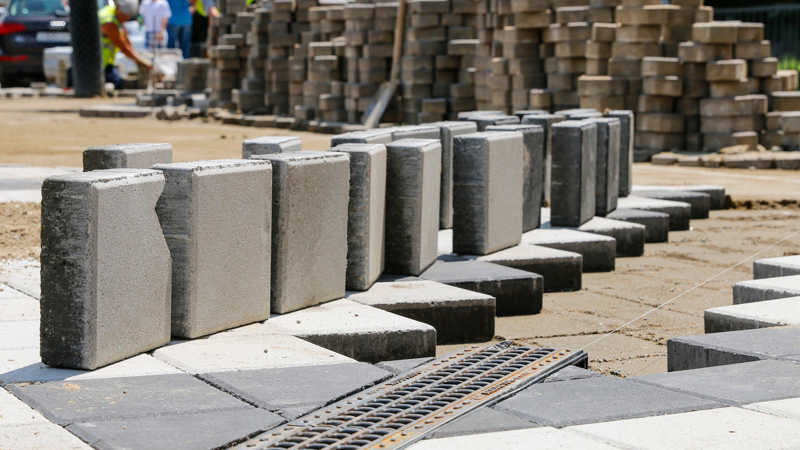 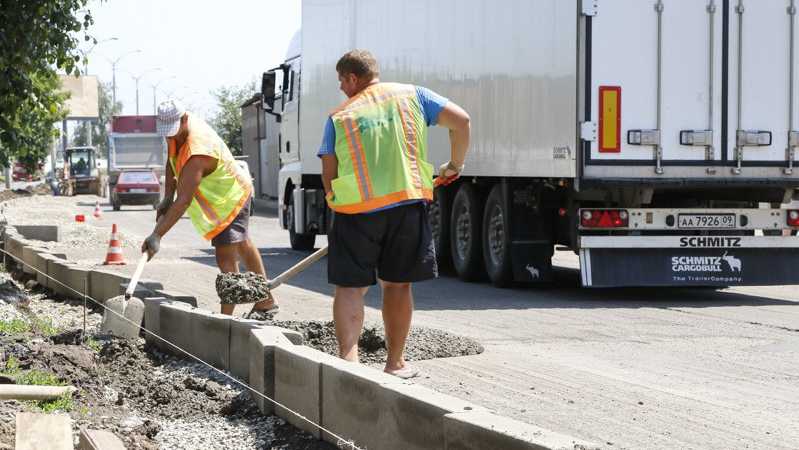 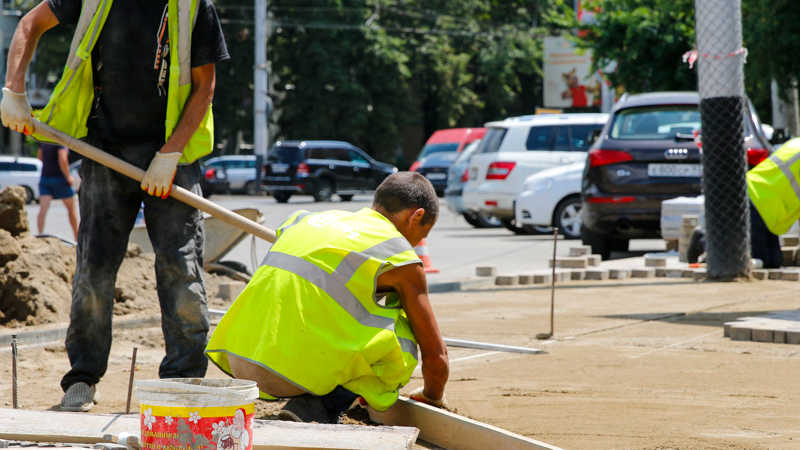 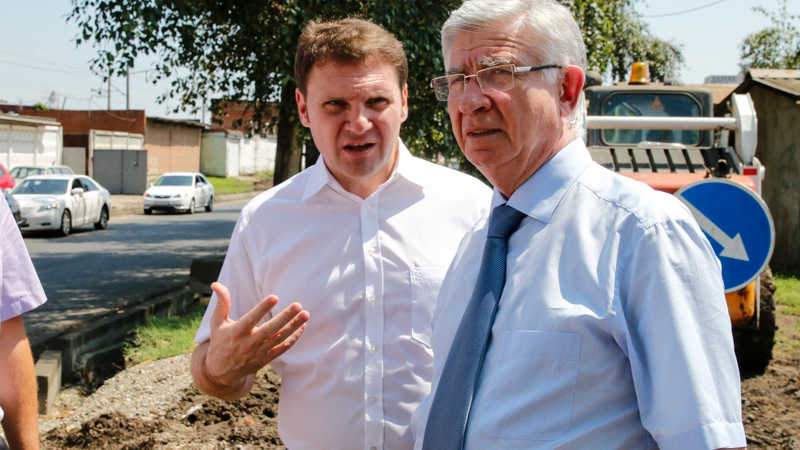 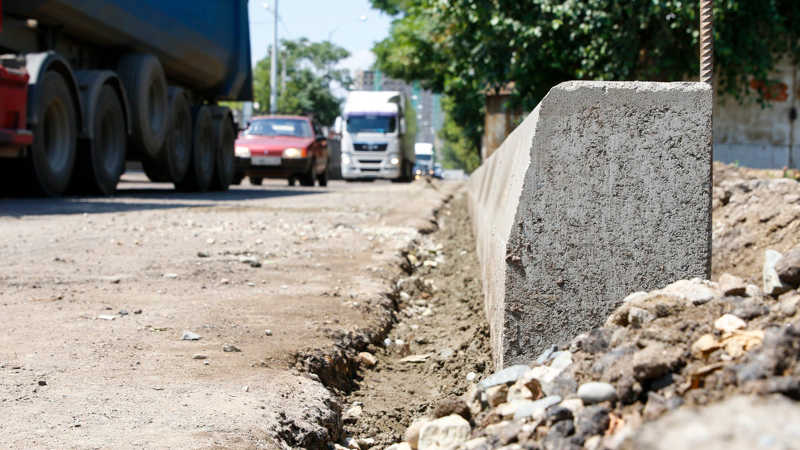 — Presently works on capital repair of roads are conducted at most demanded directions — at Lukianenko, Uralskaya, Sedina and other streets concerning which there are most of all complaints from Krasnodar citizens. Workers not only renew roadway platform, but also paving slab, fencing and fulfill general improvement and landscaping of the territory here. This was an indispensable condition in a tender. Handling of all these works will have a positive impact on the whole driving situation within the city, — Krasnodar Head Vladimir Evlanov said.

Uralskaya Street became the first point. Capital repair of road at the section between Simferopolskaya and 1st May Streets is conducted here.

Vladimir Evlanov had a look at 1 kilometer long section of Uralskaya Street at the entry to regional center.  Two lane road traffic on either side is performed here. There is also a separating green strip between driving lanes. It is almost completely cluttered with vehicle sheds, parked cars and looks unkempt and deserted.

Uralskaya Street at the section is very narrow resulting in traffic jams. In the following we need to think over the possibility of the road widening in both directions as well as to conduct works on landscaping and site finishing, — Vladimir Evlanov stated when moving along the street.

Vladimir Evlanov came to stop at the intersection of Gertsena and Atarbekova Streets within the area of traffic circle where final stopping points of some municipal trolleybuses and buses routes are situated. Density of transport vehicles waiting for setting out on their routes is rather high and along with that an intensive work on paving slab laying on surrounding grounds and border stones installing is conducted here.

— Hereafter we should renew stopping points pavilions themselves provided that they must be of a single style and in a number sufficient for passenger flow. We have to create most comfortable conditions for citizens, — Vladimir Evlanov set the task.

Vladimir Evlanov also examined the process of urban land improvement along Machugi Street near to TPP. New paving slab has been laid, illegal advertisement and kiosks removed, complete overhauling of underground crosswalk done, border stones and fencing replaced there. The same work is being done at Tramvainaya Street now.

Vladimir Evlanov appreciated the volume of work completed by now. At that he expressed dissatisfactory with the condition of public transport stopping point at Tramvainaya Street. The City Head has already ordered to improve this site.

Overall length of roads which are to be reconditioned by the end of the year is nearly 20 km.