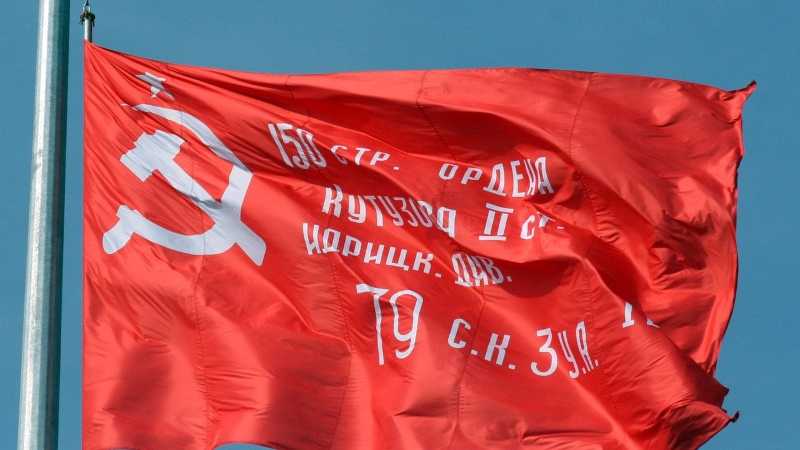 The city diploma of the participant of programme was handed to Vladimir Evlanov in the course of operational meeting held in Kuban capital City Hall. It is planned that 50 m flagstaff of the Victory Flag will be installed in the Victory Park of Krasnodar.

— Under the program 50 m flagstaff with the Victory Flag waving at the top of it will be installed in Krasnodar. We’ve selected a momentous place to install the flag – the Victory Park which is situated close to Military Glory Exhibition Hall. I guess that a symbol of the victory over German Nazi invaders should be presented in our city, this is particularly important for patriotic upbringing the rising generation of Krasnodar citizens, — Vladimir Evlanov said.

“The Victory Flag” programme is a component part of national comprehensive “XXI century Power” programme which is dedicated to the 75th anniversary of the Great Victory. The programme suggests the erection 50 m flagstaffs with the main Russian symbols: the biggest copy of the Victory Flag, the Russian Federation National Flag or regional symbols.

In January this year Head of Krasnodar Vladimir Evlanov submitted an application to the Organizing Committee of “The Victory Flag” project for installation 50 m flagstaff in the capital of Kuban Region.

By the decision of the Organizing Committee of national comprehensive “XXI century Power” programme Krasnodar is to be included into “The Victory Flag” project within the framework of preparing for the festivities of the 75th anniversary of Victory in 1941-1945 Great Patriotic War.

The Victory Flag flagstaff will be erected in Krasnodar with the provision of federal budgetary funds under this programme.