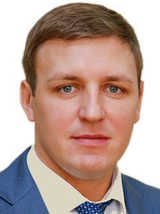 Artyom E.Doronin was born on November 4, 1987 in Abakan (Krasnoyarsk Region)

2012 — graduated from Kuban State University of Physical Education, Sport and Tourism with a degree in Organization Management

2015 to 2016 — a public servant in the department of control over the implementation of the legislation on transport of the Department of Transport of Krasnodar Region.

April 2017 — director of the department of transport and traffic management of the city administration of Krasnodar. 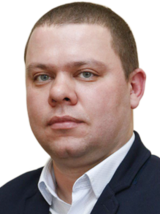 Vladimir O.Archipov
Director of the Department of Transport and Road Management