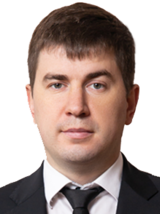 Head of the Zapadny District Administration

2010 — received his second degree from the Diplomatic Academy of the Ministry of Foreign Affairs of the Russian Federation, specializing in international relations.

Dmitriy v. Volodatskiy has been repeatedly awarded Certificates for Merits from the Mayor of Krasnodar and the Chairman of Krasnodar City Duma.