There are four urban districts in Krasnodar.

Karasunskiy urban district takes the territory of 152 square kilometers.  A century ago beautiful gardens flourished in place of present-day district. Nowadays former outskirts receive entrants on the side of airport with grandeur of housing estates in Komsomolskiy and Gidrostroiteley microdistricts. Pashkovskaya and Starokorsunskaya administrations are within the district.

The territory of Central urban district takes 28,5 square kilometers. This territory has the highest density of infrastructure where more than 154 thousand people live. Central district makes the face of the city in many respects. Starting from railway and bus stations “Krasnodar-1” and “Krasnodar-2” guests of Kuban capital acquaint themselves with Krasnodar. It is just Central urban district where many buildings – monuments of architectonics are situated. Empress Catherine the Great monument exactly can be called as the symbol of the district, Krasnodar and overall Kuban.

Western urban district is 22 square kilometers or 4% of total territory of the city. Population accounts to nearly 170 thousand people. Economic potential of the district is significant. Gas and oil industry, spheres of construction, retailment and paid services, communication industry take the leading position in the district’s economy. About 47% of commissioned resident houses are situated exactly in this district. 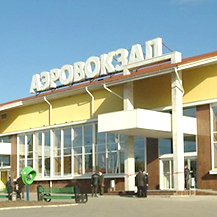 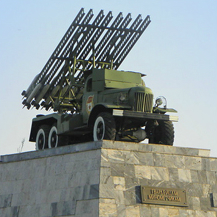 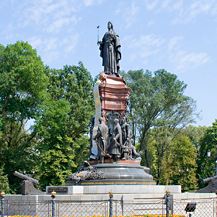