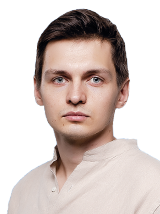 He was born in 1992 in Krasnodar, studied in gymnasium №92. He entered Moscow State University in 2011. He has a master's degree in political science. During his university years, Igor V. Azarov engaged in public activities: organized election observation (preventing falsifications), helped political prisoners, and defended the rights of students. Since the age of 22 he has been working as a self-employed entrepreneur in the field of food industry.

His hobby is urban studies (the science of the city). As the author of a blog about Krasnodar and as a social activist, he is involved in promoting the city's initiatives. For the two years during which he has been running a blog, he has managed to implement a number of projects useful for our city.

He was elected in the single-mandate constituency №35.