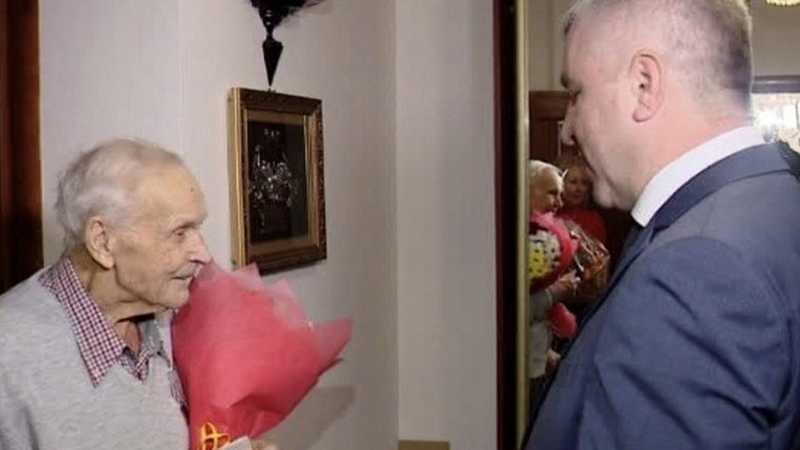 The Western urban district Head visited Honorary citizens of the regional center -the defender of Pashkovskaya river crossing Sergei Drobyazko and a participant of the first Victory Parade in 1945 Nikolai Legkov. Alexander Kuchmin presented veterans with commemorative awards, flowers and gifts, and congratulated on the upcoming 75th anniversary of the Great Victory.

Nikolai Legkov - combat pilot, participant of the first Victory Parade in Moscow in 1945. In 1940, an 18-year-old boy entered the military aviation school of shooting bombers. In 1943, after training, he went to the front as a crew navigator in the 16th air army of the 1st Belorussian Front. Being the crew member he made 83 combat flights. He participated in the liberation of Belarus, Poland, and assaulted Berlin.

In August 1942 Sergei Drobyazko was called up for military service in the Red Army for the defense of Krasnodar. He covered the withdrawal operation of Soviet troops in the area of Pashkovskaya river crossing. He was a mortar gunner in the 353rd rifle division. He liberated Ukraine. In 1944, was seriously wounded. After treatment, he studied in the school of junior aviation specialists, but did not get to the front again.

Sergei Drobyazko has been awarded with Patriotic War Orders of II degree, Medal of Zhukov, Medals For the Defense of Krasnodar, For Victory over Germany. In total, he has more than 20 awards.