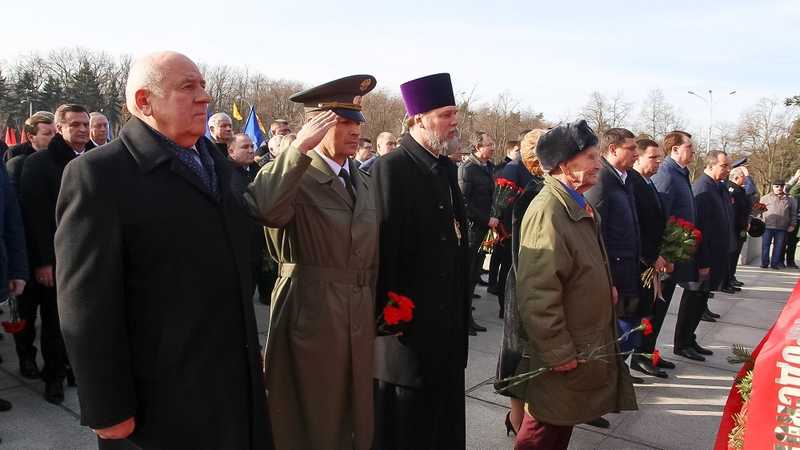 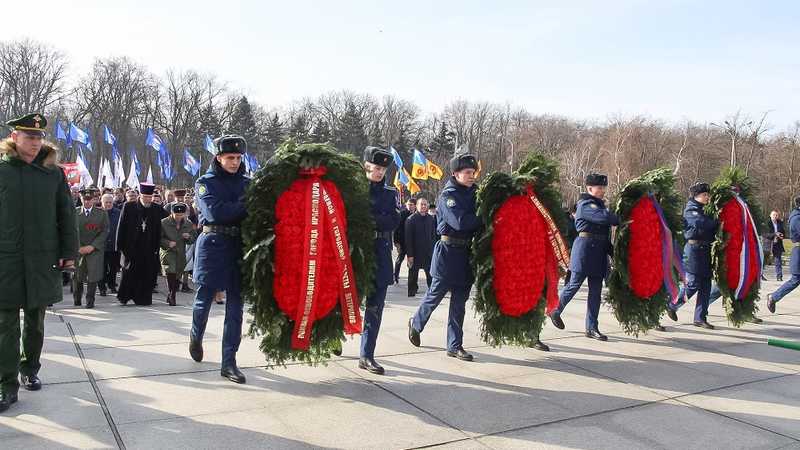 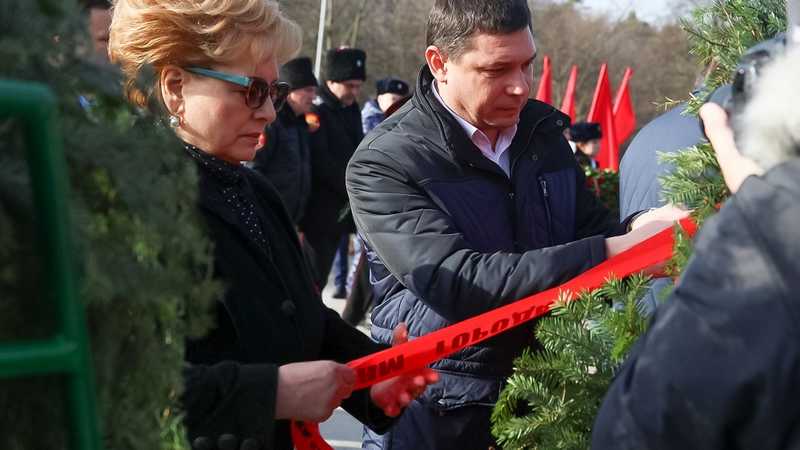 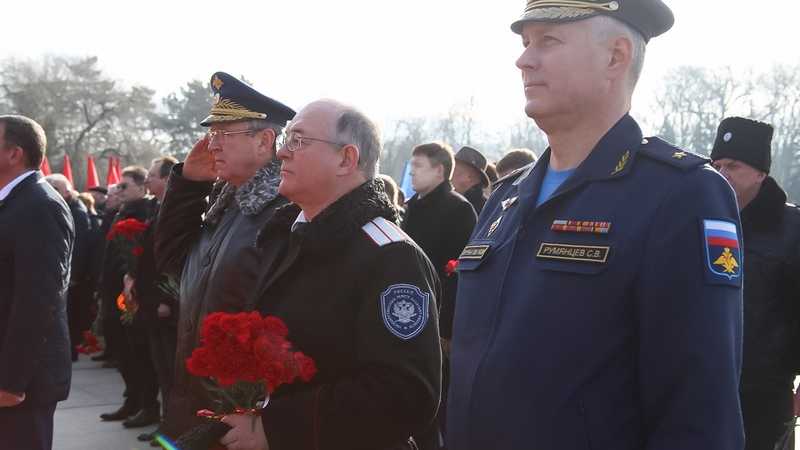 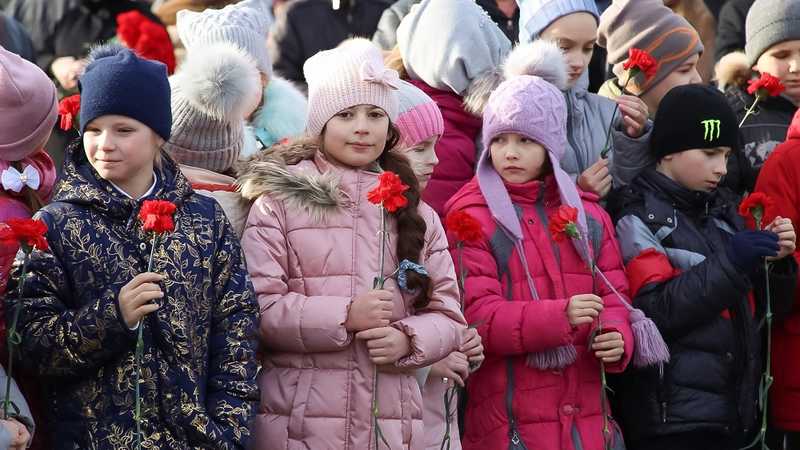 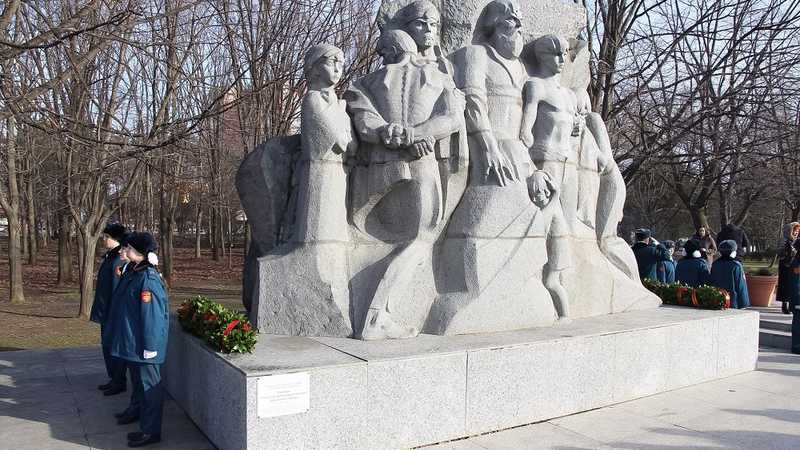 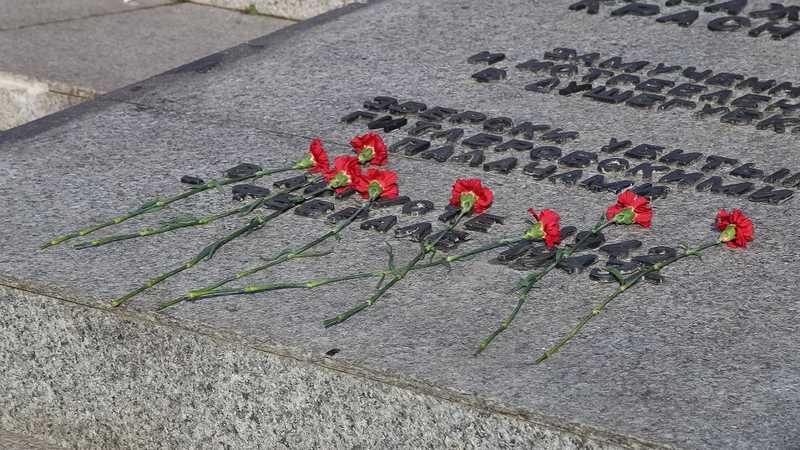 On February 12, 1943, Soviet troops dislodged the Hitler's occupiers from the capital of Kuban. Traditionally, a series of events dedicated to the memorable date was opened with a ceremony of laying wreaths and flowers, which was held on the square in front of the memorial "Victims of fascism" in Chistyakov grove. More than 5,5 thousand citizens took part in it. The Chairman of the Legislative Assembly of Krasnodar Region Yuri Burlachko, Vice-Governor of Kuban Alexey Kopaigorodsky, the Mayor of Krasnodar Evgeny Pervyshov took part in the ceremony.

"Every year on this day we come to the Chistyakov grove to the memorial to pay tribute to all who fought for our city and liberated it. We are here to honor those who died during the occupation period and to recall the feat of soldiers-liberators, once again to thank our veterans. In the capital of Kuban we do a continuous patriotic work to maintain the link between generations, and in order the current citizens to know the history of Krasnodar," said Evgeny Pervyshev.

The ceremony was also attended by the Chairman of the City Duma of Krasnodar Vera Galushko, Prosecutor of Krasnodar Oleg Medinsky, deputies of Krasnodar Region Legislative Assembly and the City Duma, representatives of local branches of political parties, public organizations, Cossacks, students, schoolchildren, residents of the regional centre.

More than 5,5 thousand people came to the memorial to pay tribute to the defenders of the Fatherland and liberators of Krasnodar.

The occupation of the capital of Kuban lasted six months. Over a half year victims of the Nazis were about 13 thousand civilians. In the regional center the Nazis first used the "machines of death" — the gas chambers. Krasnodar was among the most devastated Soviet cities during the war.

After the liberation, the first in the history of country the trial of Nazi invaders and their accomplices was held in the capital of Kuban.