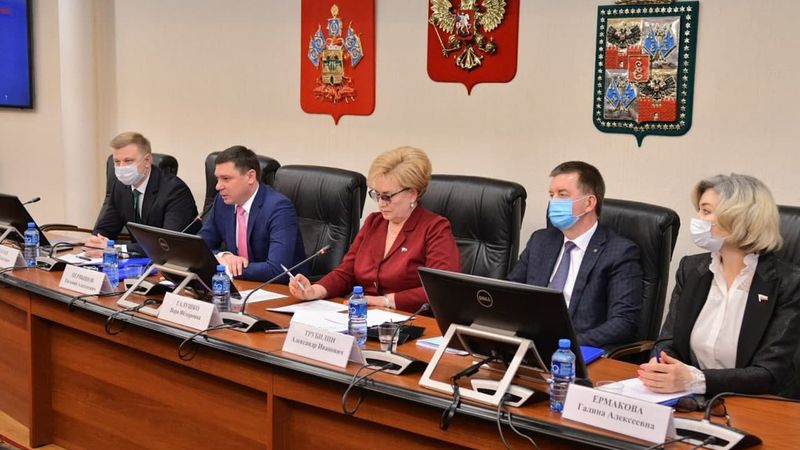 The official results of the city administration’s work in 2020 were summed up at the ninth extraordinary session of the City Duma on March 12. Evgeny Pervyshov, Mayor of Krasnodar, noted that an important event of the year was the adoption of the new General Plan, despite the difficulties, budget revenues increased, and new schools, kindergartens and sports facilities were built.

— The city’s revenues for 2020, including regional and own funds, totaled 38 billion 127 million roubles. This is higher than the planned figures. The city budget received 17 billion 510 million roubles in own revenues. And the city’s contribution to the budget of the Krasnodar Territory was 92 billion 400 million roubles, or almost 3 billion more than planned," said Evgeny Pervyshov.

The Mayor of Krasnodar emphasized that the pace of social facilities construction, development of public transport, and road repairs became possible thanks to the support of Kuban Governor Veniamin Kondratyev and the Krasnodar Territory Administration. Evgeny Pervyshov thanked everyone who cares about Krasnodar for their contribution to its development and improvement.

Nine schools and six kindergartens are under construction now. 74 construction projects have been completed. The second phase of Vishnyakovsky Park has been completed, Priozerny Boulevard has been created, Dmitriyevsky Park and Shkolny Boulevard have been improved, and the 75th Anniversary of the Great Victory Park has been reconstructed. A memorial to defenders of the Pashkovskaya Crossing has been erected.

— The City Administration and the City Duma worked closely together as a team. We worked together to make decisions at all stages. We have created an effective mechanism for coordination. The Krasnodar Prosecutor’s Office and the Audit Chamber are helping us in this. And of course, we receive great assistance from the Krasnodar Territory administration, Kuban Governor Veniamin Kondratiev personally, and the Legislative Assembly led by Speaker Yury Burlachko. Without this help we would not be able to solve the city’s problems, and we are very grateful for this help», said Vera Galushko.

As  Igor Chagaev noted in his speech, in 2020, managerial decisions in the city were taken in a competent and balanced manner, in consultation with the residents and businesses. Krasnodar’s participation in regional programs and national projects was also an indicator of the team’s effectiveness.

— Yes, there are a lot of problems, they must be discussed. But we cannot avoid talking about successes either. There are changes in the city, they are very serious, and most importantly, residents see them in their neighbourhoods in the forms of green areas, new roads and new social facilities. Overall, in terms of  development, Krasnodar ranked first in the region in 2020. This is a common achievement of the residents, city administration and deputy corps. And there is every chance to maintain these positions in 2021," said Igor Chagaev.

Alexander Trubilin noted the city’s active position in addressing social issues. He stressed that the 'social conveyor' has gained momentum and the construction of schools, kindergartens and sports facilities should be continued. In general, according to the Deputy Chairman of the Legislative Assembly of the region, Krasnodar is experiencing one of its best periods in terms of development and growth.

Annual summaries of the activities of the Mayor and city administration are held with the deputies of the City Duma in accordance with the Krasnodar City Charter.