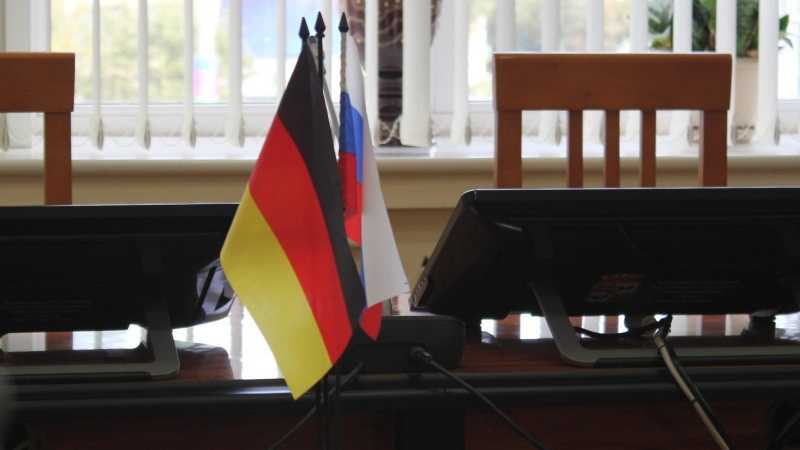 The main topic of meeting led by Krasnodar Head Evgeny Pervyshov was preparations to the 14th Russian-German Forum which is to be held in the capital of Kuban between June 27 and 30, 2017.

— This summer Krasnodar is to host the representative Russian-German Forum. This landmark and large-scale event will last for three days and attract an attention of the whole country and international community. We need a detailed organization and careful preparation to the upcoming event. The conference will be attended by a great number of guests from many regions of Russia, Germany and other countries. So it is strongly required to organize the event in such a manner that all the participants as well as citizens enjoy very favorable conditions during the holding of the Forum, — Evgeny Pervyshov said.

Boris Staroselskiy stated that the Russian-German conference in Krasnodar becomes a key event in the area of relations between Russia and Germany in 2017. Therefore the event will attract considerable attention at all levels.

Chief of the department of foreign relations and protocol of Krasnodar administration Boris Staroselskiy explained that the event programme will consist of two parts: youth bilateral forum and conference with participation of delegations from the Russian and German cities. It is expected that the youth delegations will number 200 people, while official delegations of regions and cities from both countries — 400-450 people. So, the total number of the conference participants, according to preliminary figures, will be 600-650 persons.

It is supposed that Ambassadors Extraordinary and Plenipotentiary of the Russian Federation and the Federal Republic of Germany, diplomatic representatives of other countries, International Association “Twinned cities”, delegations of 46 German and 90 Russian cities including from Central Russia, Ural and Siberia will take part in the conference.

Alongside with organizational issues, specialists of Krasnodar administration discussed subject matters of the upcoming meetings and roundtable sessions within the framework of the conference. Boris Staroselskiy shared opinion that they should be of applied character. Upon preliminary information, the conference agenda will include issues of intermunicipal cooperation and exchange of experience in housing and utility services, architecture and building industry. Range of topics for young people — education, sport and tourism.

The conference of partner cities of Germany and Russia is the event of international level, devoted to the strengthening of cooperation between Germany and Russia. It is held every second year. The conferences are attended by well-known Russian and German state figures, politicians, representatives of business community and social organizations. The first conference of partner cities was held in administrative center of Saarland, Saarbrucken, in 1987.