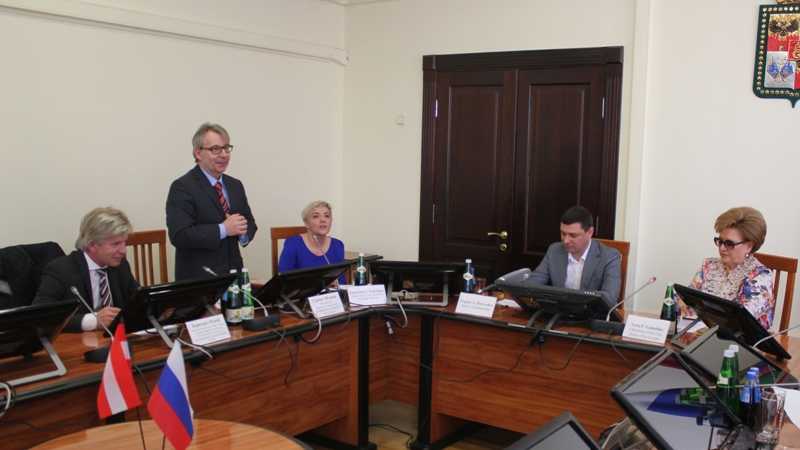 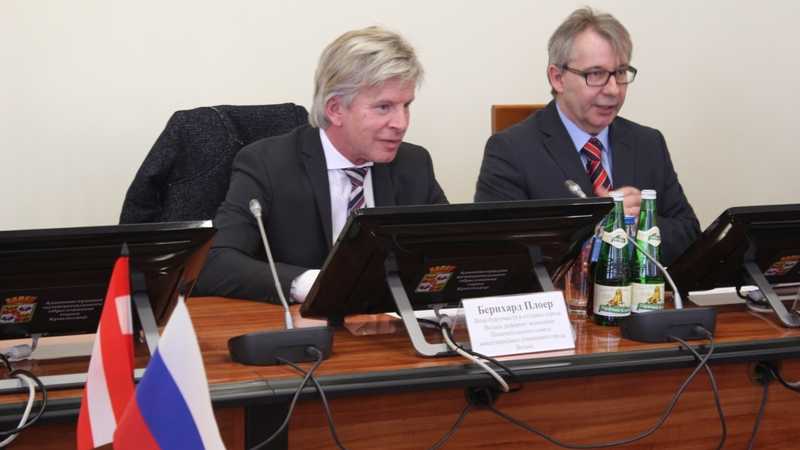 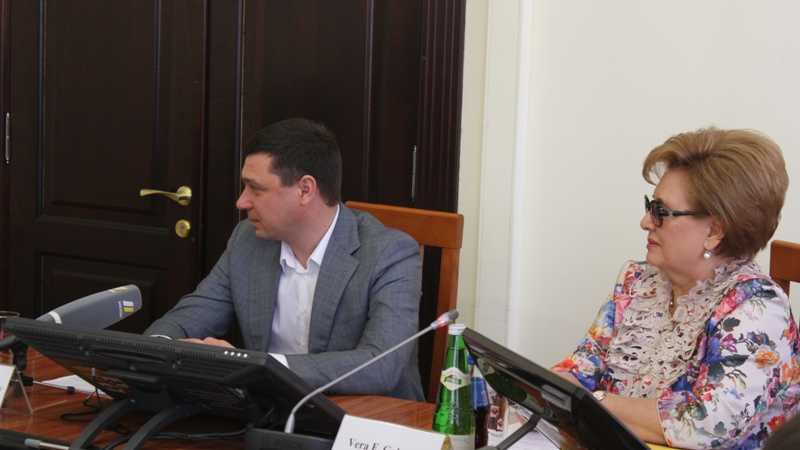 The reception of the delegation from the Austrian City of Wels was held in Krasnodar City Hall. The event was attended by Head of Krasnodar Evgeny Pervyshov and Chairwoman of the City Duma Vera Galushko.

— I know that you've already been in Krasnodar, took part in the City Day celebrations last year. Your first informal visit to our city was in 2016. Then you came to discuss the enhancement of links between educational institutions of Krasnodar and Wels, and, in particular, began to establish contacts with the Higher School of International business of Krasnodar. I believe that our cooperation  should go beyond that, it is to become much wider and more productive for both sides, — Evgeny Pervyshov said.

The city Head pointed out that the capital of Kuban is paying great attention to the development of international relations. Krasnodar has 8 sister cities and partner cities in different countries. Presently we hold negotiations on establishing partnership and sister city relationship, for example, with the French City of Nancy.

— We would be happy if the relationship of Krasnodar and Wels will develop in such a way. We are willing to discuss it and, for our part, do everything possible to ensure the enhancement of our cooperation, — Evgeny Pervyshov said.

The Chairman of the Board of Trustees of Wels international affairs Herbert Schlair, ex-vice-burgomaster of Wels Bernhard Ploier, Deputy Head of Krasnodar Evgeny Zimenko, Deputy chief of Administrative Department, chief of the Department of foreign relations and protocol Boris Staroselskiy, representatives of structural subdivisions of Krasnodar administration participated in the official reception.

Herbert Schlair and Bernhard Ploier thanked for the warm hospitality and explained which areas of cooperation are to be considered a priority. In particular, one of the most modern European waste processing plants situates in Wels. Exhibition activities are also being actively developed in this Austrian city.

— The exhibition "Utility Machinery and Services" will be held in Wels in the period May 10-11, 2017. We invite the delegation of Krasnodar to visit our city, and during this visit to get to know the organization of work of the waste managing enterprise and exhibition complex of our city, — Herbert Schlair said.

Evgeny Pervyshov noted that in Russia 2017 was declared a year of ecology and, in this context, learning the experiences in waste collection and disposal would be relevant and useful for Krasnodar.

Wels is the Austrian city located in the western part of the country in the territory of federal land of Upper Austria on the Traun River. The population is about 63 thousand people.

For the first time, the official delegation of the City of Wels took part in celebrations of Krasnodar's the 223rd anniversary in September 2016.