The memorial event will be held in the Kuban capital from January 18 to 27. The event launches the Year of memory and glory and is intended to remind of the courage and heroism of the residents of Leningrad who survived the siege of the city in the Great Patriotic War.

Since January 18, events dedicated to the Day of final lifting the siege of Leningrad will be held in Krasnodar educational and cultural organizations.

The main part of the events will take place from 25 to 27 January. In public places, volunteers will distribute the symbol of the memorial action to all people — a piece of dark bread with weight of 125 grams. This was the minimum bread allowance for residents of besieged Leningrad.

On the Day of Leningrad complete liberation from the Nazi blockade, on January 27, the all-Russian memory lesson "Blockade Bread" will be held in educational institutions in Krasnodar.

These days, 374 survivors of the Leningrad siege live in Kuban, 101 of them - in Krasnodar.

The siege of the northern capital lasted 872 days. According to various estimates, between 692 000 and 1.5 million people died in the city, almost all of them from starvation. 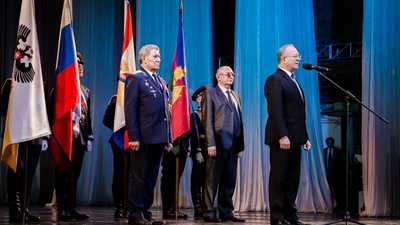