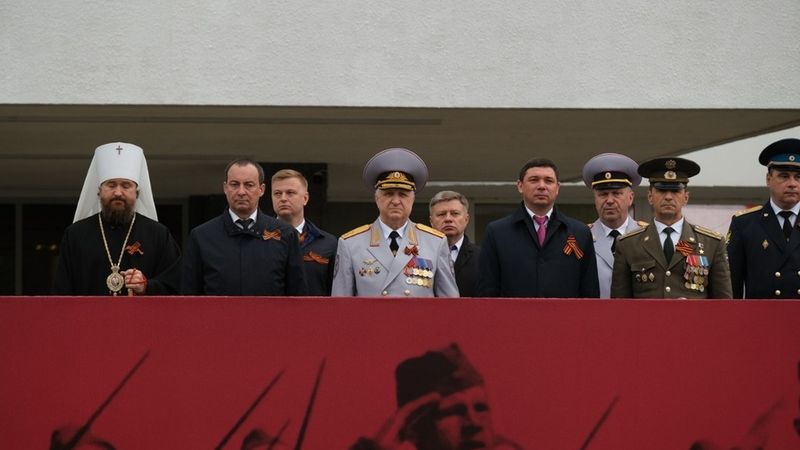 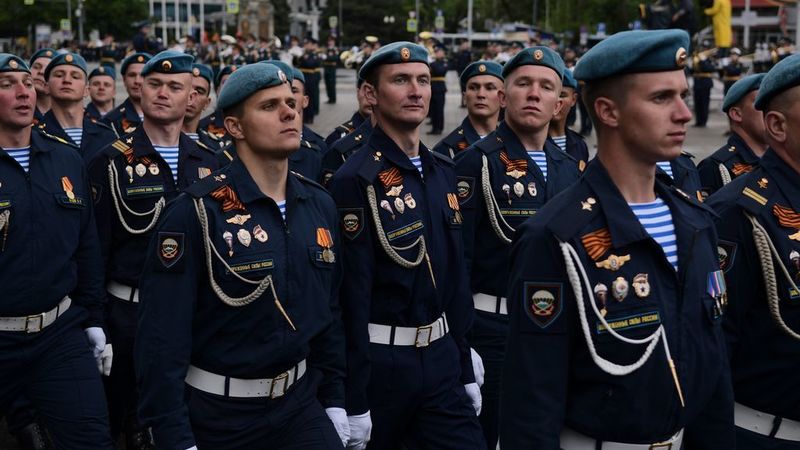 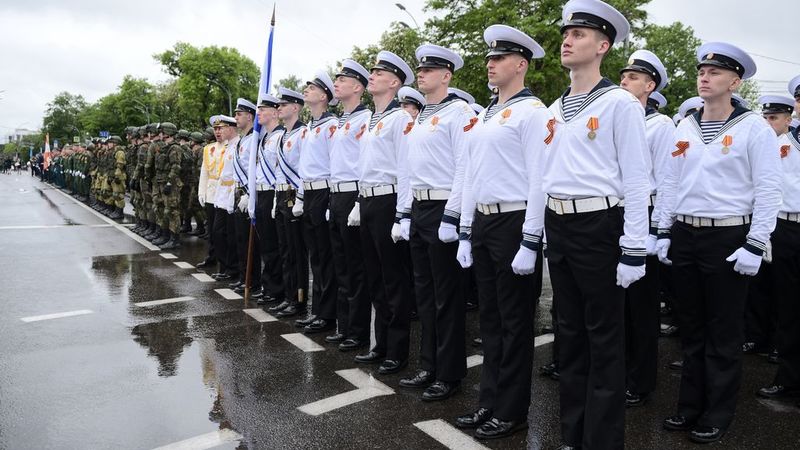 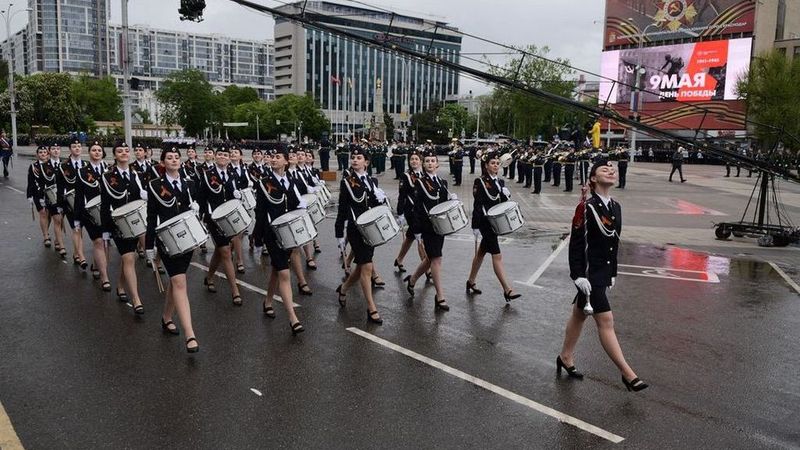 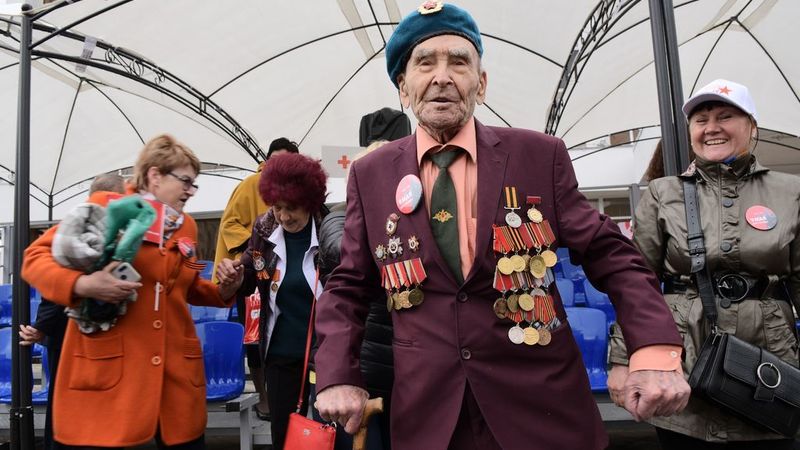 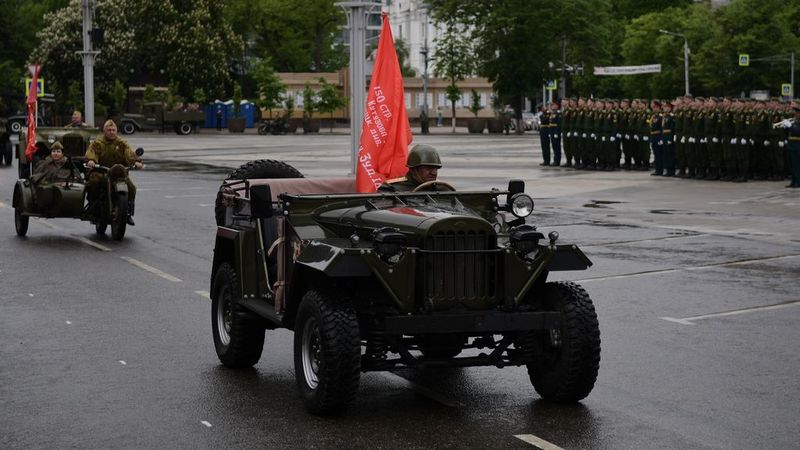 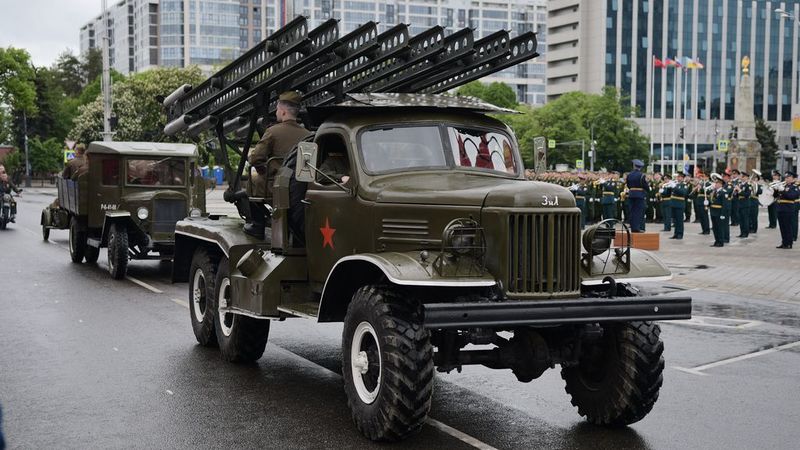 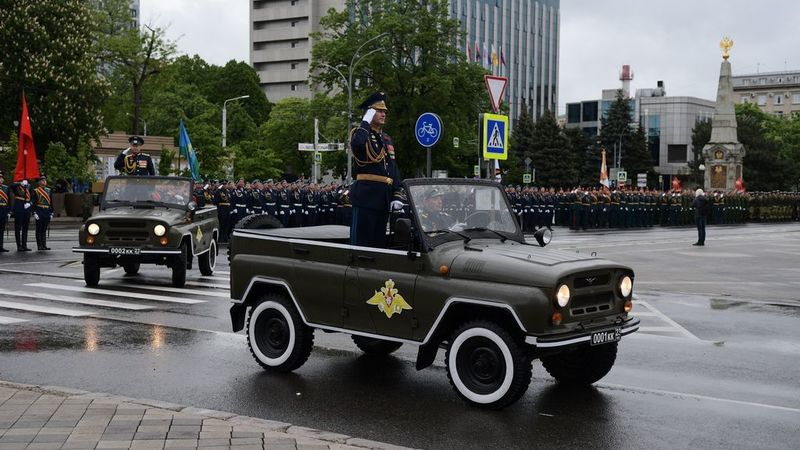 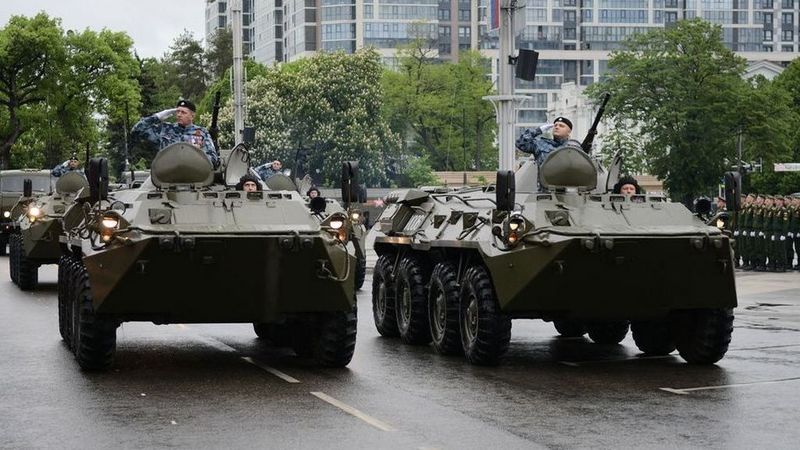 The parade of military vehicles and oldtimers, commemorating the 76th anniversary of the Victory in the Great Patriotic War, started at 10.00 am. In accordance with Rospotrebnadzor requirements, this year’s parade was held for the first time almost without spectators, but with 13 veterans, who are the most important spectators. For the residents of the city the parade was broadcasted on 'Kuban-24' and 'Krasnodar' TV channels. The Governor of Krasnodar Region Veniamin Kondratiev congratulated the veterans and residents of the regional centre on the Victory Day.

— Victory Day is our country’s greatest and most important holiday. No matter how many years pass, no matter what challenges the country faces, the significance of this holiday, its meaning and value are unchanging for us. On May 9, we feel a special pride for our Fatherland, for our great people who won the most terrible and bloody war, who defeated the cruel and merciless enemy," said Veniamin Kondratiev.

The solemn march of the troops was also attended by Vice-Governors, Chairman of the Legislative Assembly of Krasnodar Region Yury Burlachko, Head of the MIA of Russia in Krasnodar Region Vladimir Andreev, Prosecutor of the Region Sergey Tabelsky and Mayor of Krasnodar Evgeny Pervyshov.

The parade was attended by about 30 parade groups with a total of about 1750 people. More than 40 units of military and vintage equipment were involved.

To the sound of the clock chimes Russia’s State Flag and the Victory Banner were brought to the square, and then the military orchestra sang «Arise, Great Country».

The Commander took a ceremonial walk around the troops, greeted them and congratulated them on their holiday.

Before the troops began their march from the podium of the Main City Square, the region’s residents and veterans of the Great Patriotic War were congratulated on the Victory Day by the head of the region, and then the head of the Krasnodar Territorial Garrison read out the order of Russian Minister of Defence Sergei Shoigu.

The solemn procession ended with the motorized column of the Krasnodar Territorial Garrison. The main square was lined with military vehicles including the Iskander-TZM, Tochka-U, Triumf and Igla missile systems, the Tiger armoured reconnaissance vehicles, the BTR-80 armoured personnel carrier, the Katyusha multiple rocket launcher and oldtimers.

The Victory Day song was performed for the veterans of the Great Patriotic War and all parade participants by cadets of military schools and the military orchestra of the Krasnodar Territorial Garrison.

The military orchestra concluded the solemn march of the troops.

There was a flower laying ceremony at the Eternal Flame memorial on Heroes' Memorial Square in the morning in Krasnodar.

On May 9, the city’s inhabitants will be able to take part in online patriotic events, marking the 76th anniversary of the Victory in the Great Patriotic War. Most of the events in Krasnodar will be organized in an online format.