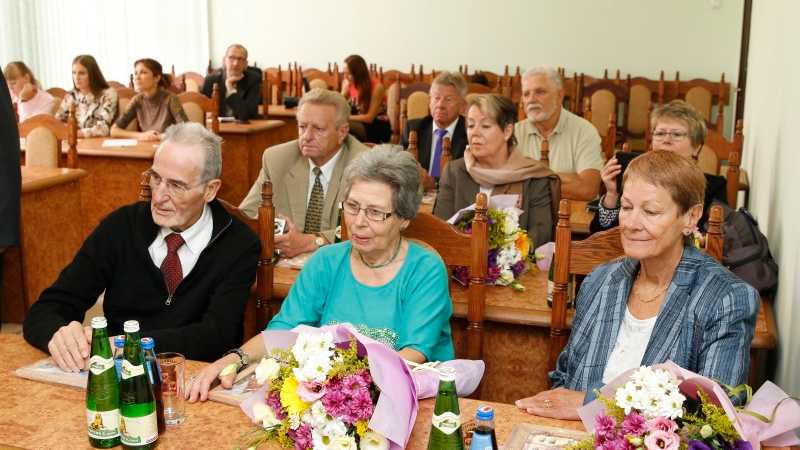 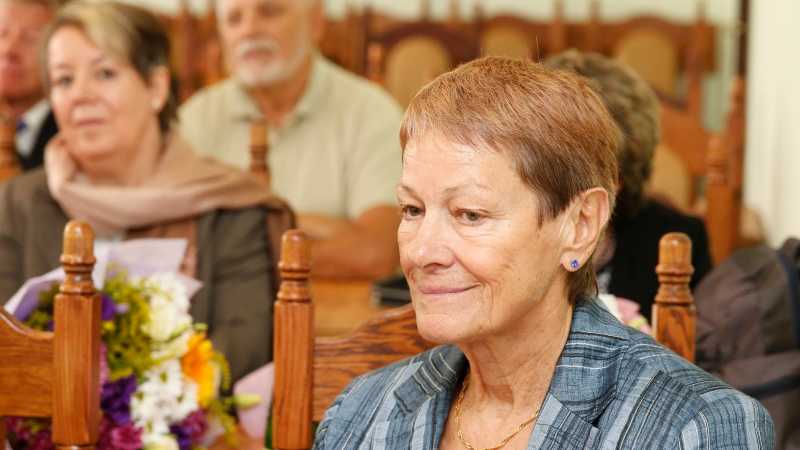 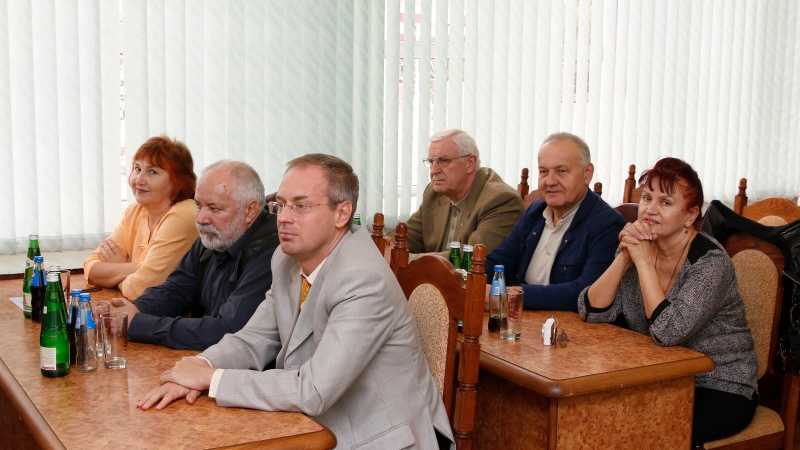 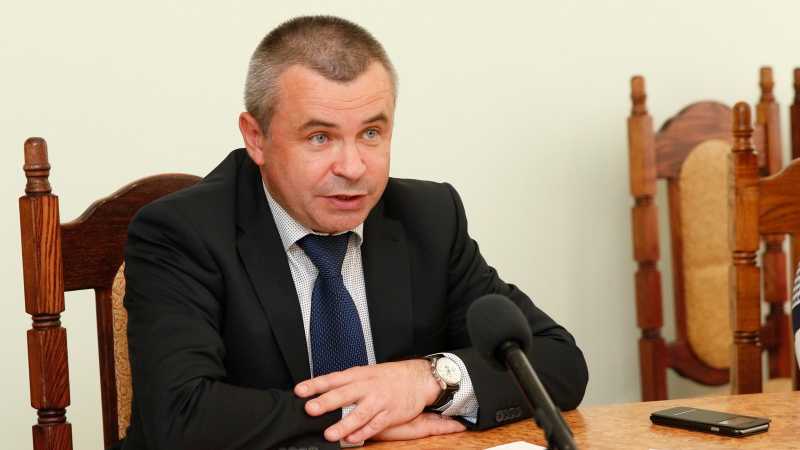 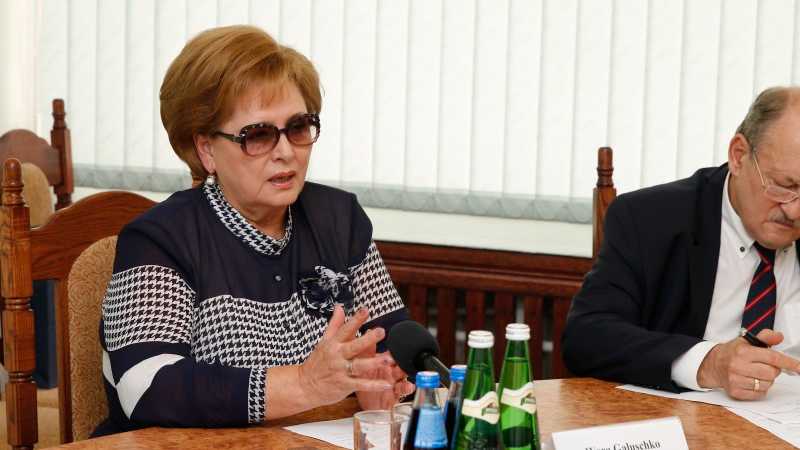 Official reception of “Karlsruhe-Krasnodar Friendship Association” delegation was held today in City Hall of the capital of Kuban. The meeting was led by First Deputy Head of Krasnodar Alexander Mikheev and Chairwoman of Krasnodar City Duma Vera Galushko.

— Cooperation between our cities is actively developing. We have successful joint projects in the sphere of healthcare, education, sport and youth policy. Krasnodar’s doctors serve internship in Karlsruhe; school children and students exchange programmes between cities take place; annually our athletes participate in rowing regatta of the German sister-city. I’m happy that you attend our major holiday — City Day, and I’m sure that you’ll discover many new and interesting things along the way, find new friends and wish to come here again, — Alexander Mikheev said while opening the meeting.

He also noted that the next year 2017 will be full of events. This is a jubilee 25th anniversary year of friendship between Krasnodar and Karlsruhe. In June the capital of Kuban will become a place of hosting international event – the 14th Russian-German conference of sister-cities.

Traditional visits of Karlsruhe’s citizens are annually held prior to City Day of Krasnodar since 2006. The aim of such visits is to learn more about partner city, its history and culture. This year the guest delegation is headed by member of Friendship Association Klaus Glück.

The reception was also participated by deputy Chief of administrative department, Chief of the Department of foreign relations and protocol of Krasnodar administration Boris Staroselskiy and Krasnodar citizens who had visited Karlsruhe the past year.

— I thank citizens of Krasnodar for their warm welcome and hospitality. For over 20 years of my work in Friendship Association I can confidently say that our relationship strengthens from year to year. We are very happy to take part in Krasnodar City Day celebrations, this becomes a new step for the development of bilateral relations and successful continuation of friendly ties between our cities. I’m sure that all our common projects will be successfully accomplished, — Klaus Glück said.

In response he noted that through the cooperative efforts the cities have implemented many joint projects. This year alone several delegations from the German sister-city visited Krasnodar and a trip of Krasnodar citizens to Karlsruhe was for the first time organized in the past year. It was coincided with celebrations of a landmark date — 300 years anniversary of the German sister-city foundation. Citizens of Krasnodar not only discovered Karlsruhe and took part in the main festive show, but also visited neighbouring cities.

On behalf of Krasnodar City Duma deputies Vera Galushko greeted guests. City Duma Chairwoman underlined that she sincerely esteems the established friendship and is proud of it.

— I welcome members of Karlsruhe-Krasnodar Friendship Association delegation in Krasnodar on our Kuban land. It is pleasant to meet friends on birthday of Krasnodar which now is 223. Our city is being developed and landscaped, here reigns the atmosphere of goodwill. Krasnodar has been declared the most well-furnished city in Russia. There is no doubt that in the course of festivities you will be able to see it with your own eyes, have a rest and get acquainted with attractive places of Krasnodar, — Vera Galushko said.

In the end of reception the parties exchanged souvenirs and took a common photo.

It is to be recalled that there is Karlsruhe-Krasnodar Friendship Association works in Karlsruhe. It is headed by Herbert Huber, Christa Köhler and Christian Friedrich. Chairpersons of the Association directly support the implementation of joint projects in the sphere of healthcare (internship of Krasnodar doctors, qualifications improvement of nurses in Karlsruhe’s city clinic), education (the training of students of Kuban State University in the City Hall of Karlsruhe, exchange programmes between Krasnodar’s school children, KubSU’s students and Walter Eucken School and Otto Hahn Gymnasium), and also youth policy.

Members of Karlsruhe-Krasnodar Friendship Association expend active efforts to promote economic contacts between our cities. Today the implementation of new educational project is being prepared. In October this year for the first time students of Kuban State Technological University will receive training at enterprises of Karlsruhe.

Relationship of Krasnodar and Karlsruhe is considered one of the most successful and advancing projects in the Russian-German partnership at regional level in Russia. The first visit of the German delegation in Krasnodar happened in 1991. The next year the joint statement on friendship between two cities was signed, and in 1997 the cities concluded agreement on sister city relations.

In the end of August Krasnodar City administration hosted the official reception of students’ delegation from University of Applied Sciences of Karlsruhe who arrived in Krasnodar under international project “Summer school of the Russian language”.