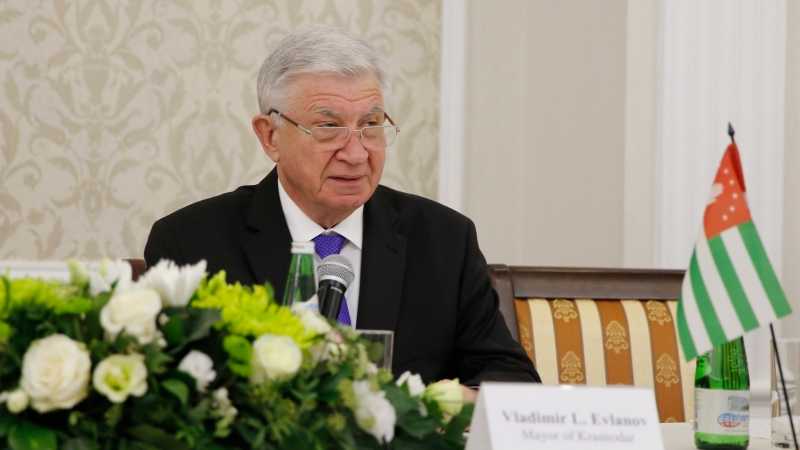 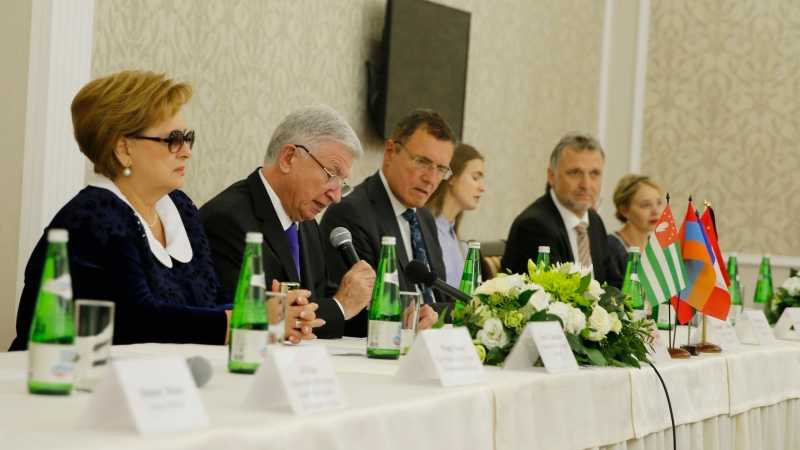 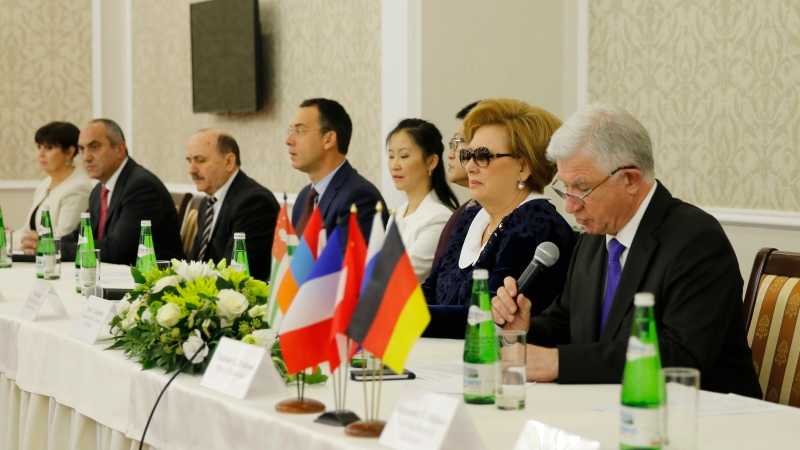 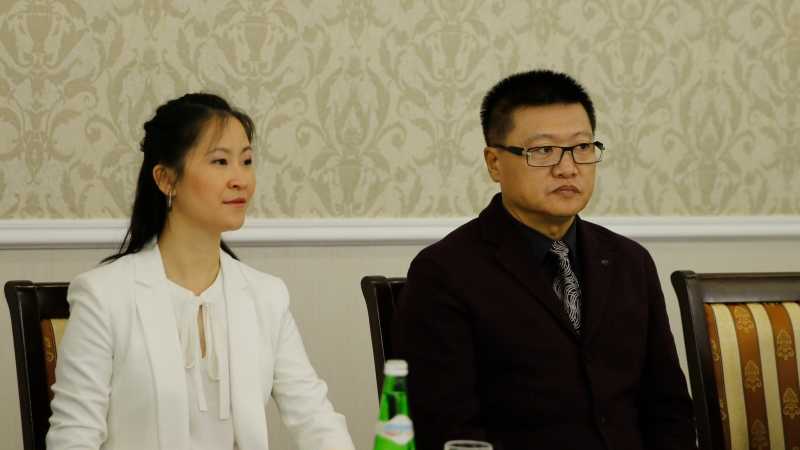 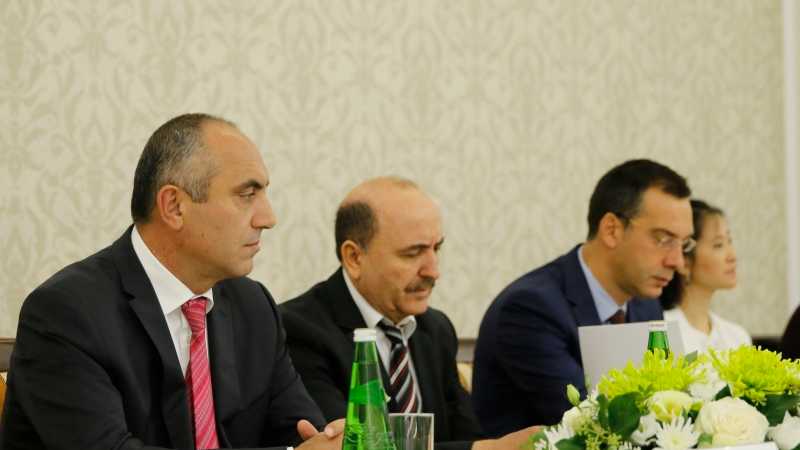 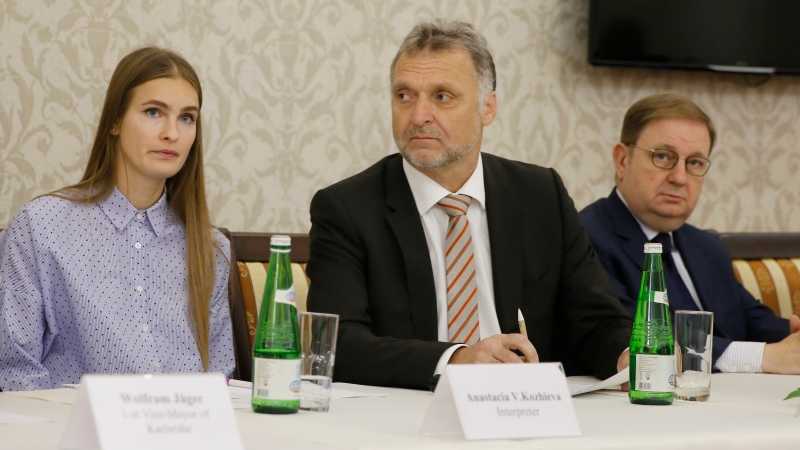 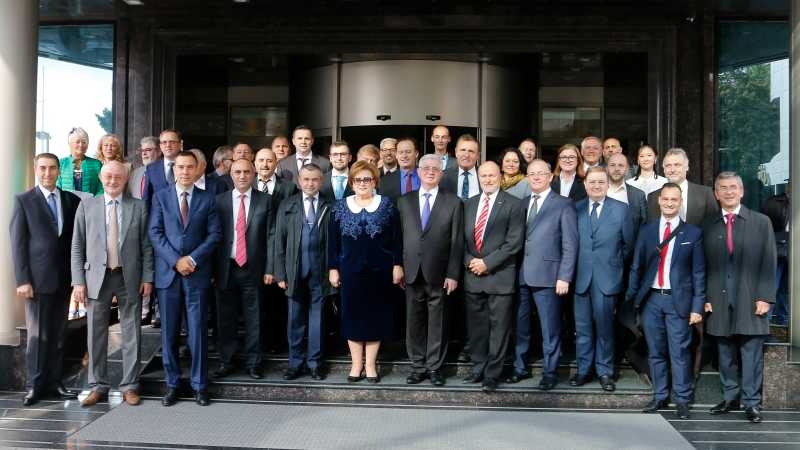 — With all my heart and on behalf of all citizens of Krasnodar I welcome you on these festive days when we celebrate City Day. Delegations of our sister cities and partners: Karlsruhe (FRG), Harbin (P.R.China), Burgas (Bulgaria), Sukhum (Abkhazia), Yerevan (Armenia) and representatives of diplomatic entities are present here. For the second year running, our city holiday is attended by delegation from the French Nancy — sister city of Karlsruhe, and for the first time we host guests from Austrian Wels, — Vladimir Evlanov said.

Krasnodar Head also emphasized that despite difficult international situation and imposed sanctions, sister city relations of Krasnodar with many cities continue to evolve and contacts in educational, humanitarian and business spheres are being strengthened.

— On behalf of deputy corps and all local residents I greet the guests of our city. The capital of Kuban is constantly developing and you can see that, — Vera Galushko addressed the foreign guests, — and we are always delighted to host visitors who sincerely want to be friends with us and develop together with Krasnodar.

First burgomaster of Karlsruhe Wolfram Jäger, in his turn, noted that this is the moment when cities should make their contribution to re-establishing friendly ties between Germany and Russia.

— The next year we’ll celebrate the 25th anniversary of friendship between Karlsruhe and Krasnodar and this jubilee, I’m sure, will become a new starting point in our cooperation,  — Wolfram Jäger said.

Mayor of Burgas Dimitar Nikolov stated his astonishment on the progress of Krasnodar and expressed confidence that sister cities will restore the ties and establish new business contacts.

During the reception congratulatory words to Krasnodar were also said by regional plenipotentiary of Moscow Embassy of Germany in Krasnodar Region Thomas Huber, Vice Mayor of Harbin Municipal People's Government Wang Xiaoxi, Chief advisor to the mayor of Yerevan Arayik Qotanjyan, Vice Mayor of Nancy Jean-Michel Berlemont and Chairman of the Board of Trustees of international contacts of Wels Herbert Schlair.

— Krasnodar and Harbin are in contact for about 10 years and we see how our relations become more and more substantive every year. In light of existing tasks of Harbin to create “New Silk Way” and develop special economic zone, business contacts between our city and Krasnodar become particularly significant, — Mr. Wang Xiaoxi noted.