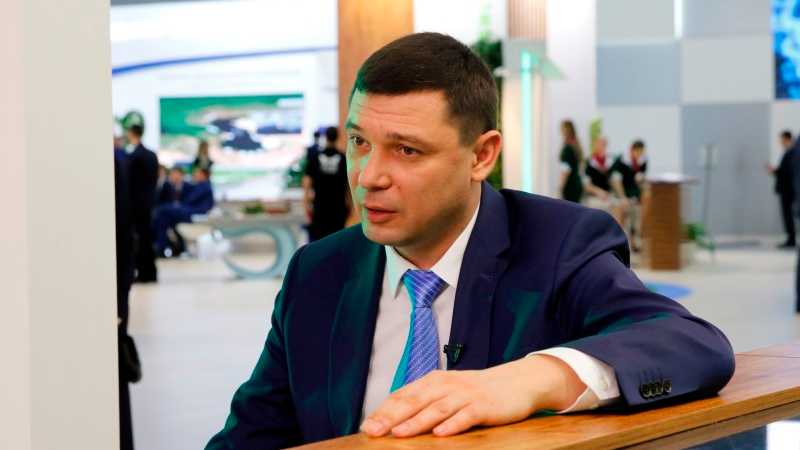 Following the results of two days work at the Forum in Sochi, Head of the capital of Kuban signed 10 agreements on investment projects in various sectors of the economy and held a series of important negotiations with potential investors, representatives of Russian and foreign businesses.

— During these two days the Forum's program was extensive and, most importantly - vivid. It was interesting both for us who represented the capital of Krasnodar Region and for guests and participants of the Forum. Businessmen who visited the booth of Krasnodar, could explore the city and those projects which we have offered at our investment platform, — Head of Krasnodar Evgeny Pervyshov said when commenting on the results of the forum .

In Sochi the schedule of Krasnodar's delegation at the Russian investment forum was fairly busy. There were the signing of agreements of intent in the field of investments, negotiations and business meetings with representatives of business circles of Russia and foreign countries.

Krasnodar presented its existing projects and platforms for investors through computer technologies, multimedia and augmented reality.

— Surely, the preparation to the forum was affected by a short five-month gap between this and the previous international investment forum, which took place in Sochi at the end of September and early October last year. There was less time to prepare. However, the limited time made us to reconsider approaches to filling an investment portfolio, prioritize the proposals which we would like to demonstrate to investors, — said Evgeny Pervyshov.

The most substantial investment agreements were signed on the first day of Krasnodar delegation's work at the Forum, February 27. This day the capital of Kuban has concluded 5 agreements of intent in implementing projects in the field of investments totaling more than 15.3 billion roubles.

In particular, LLC "Krasnodar compressor plant Borets" signed an agreement on creation the investment and industrial park "Compressor" on the basis of the capacities of the enterprise.

Five other investment agreements have been signed today. Evgeny Pervyshov underlined that this year the emphasis was placed on projects in the sphere of industrial production. One of them refers to the construction of ice-cream factory in Krasnodar. That will be implemented by LLC "Slavitsa ice-cream factory".

At Krasnodar booth during examining expositions of Russian investment forum Governor of Kuban Veniamin Kondratiev and Evgeny Pervyshov, inter alia, talked over the importance of such projects. Veniamin Kondratiev said that industrial production is the right direction for attracting investments into Krasnodar.

As in previous years, the presentation of Krasnodar has attracted attention of representative guests and participants of the forum. On the first official day of the Russian investment forum in Sochi Kuban capital investment potential was praised by Russian Prime Minister Dmitry Medvedev.

Presentation of Krasnodar at the Forum in Sochi was also examined by Deputy Chairman of the Russian Federation Government Olga Golodets.

In addition, Evgeny Pervyshov held a number of meetings and negotiations on possible cooperation with the representatives of domestic and foreign businesses, government agencies and commercial organizations.

Particularly, Head of Krasnodar discussed with CEO of LLC "Lukoil-Yugnefteprodukt" Aleksey Filippov the company's plans on reconstruction of petrol stations (gas stations) in the city.

Also there were talks with foreign investors, in particular, with Frank Schauff, CEO of the Association of European Businesses.