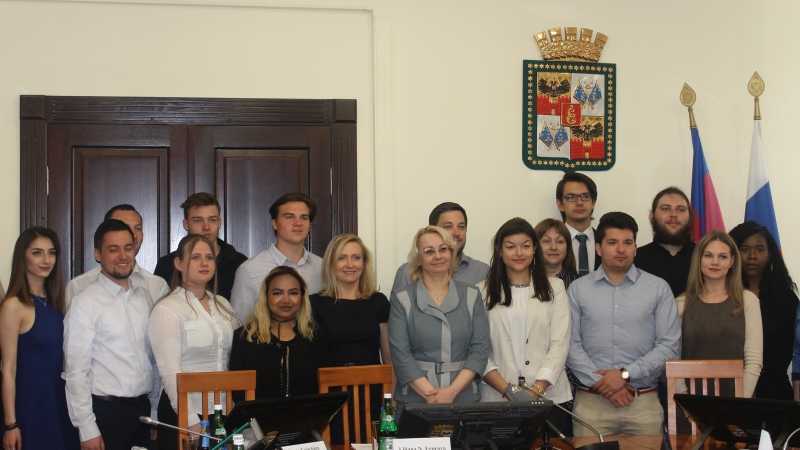 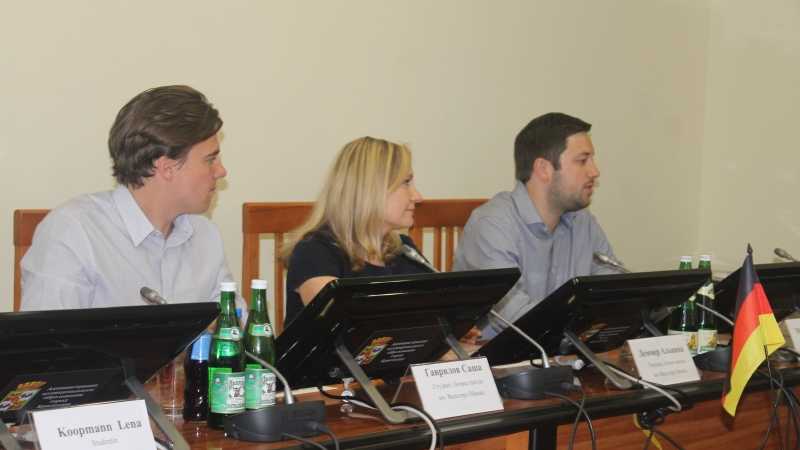 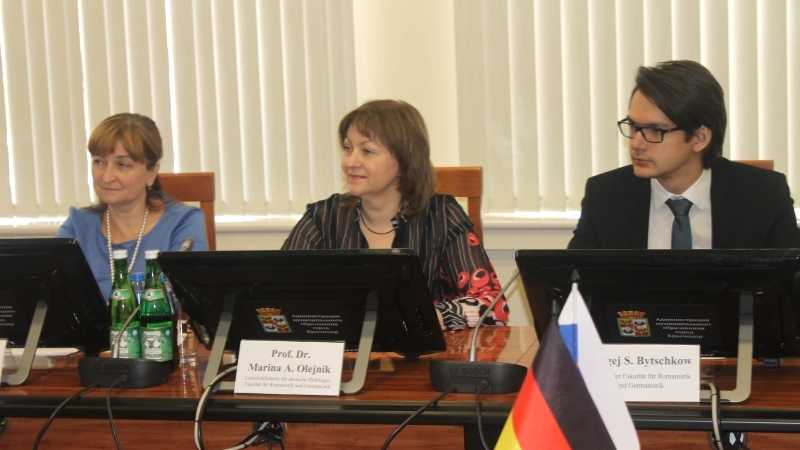 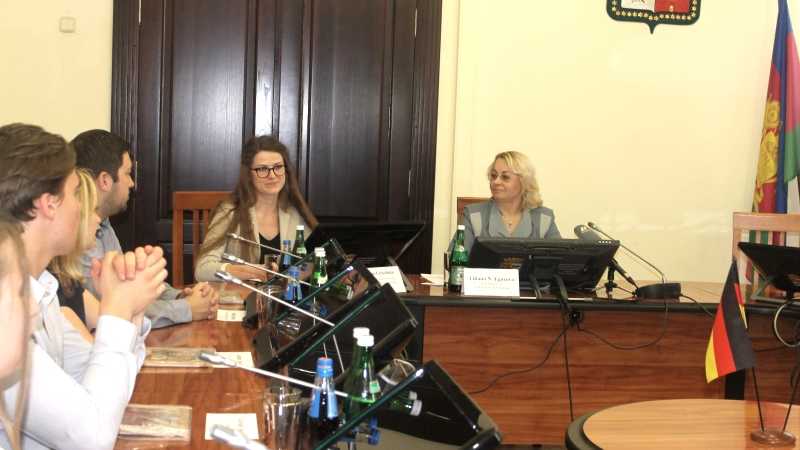 Today, in Krasnodar's administration Deputy Head of Krasnodar Liliana Yegorova hosted a delegation of teachers and students from the sister city of Karlsruhe which arrived in Krasnodar under the project of student exchange.

— We are pleased to welcome the youth student delegation from Germany. The links between our cities have a long history, and the universities of the two countries — Kuban State University and the school of Walter Eucken are bound by strong partnership relations. On behalf of all residents of the city, I wish you success and vivid impressions from the stay in the capital of Kuban, — Liliana Yegorova addressed the guests.

The meeting was also attended by university professors — Doctor of Philological Sciences, head of the German Philology Department of the Faculty of the Romano-Germanic Philology, Professor Marina Oleinik, senior lecturer at the German Philology Department of Kuban State University Sergey Bychkov, Professor at the European School of Business of the Romano-Germanic Philology Faculty at Kuban State University Anastasia Lukyanova.

During the meeting, participants discussed bilateral contacts between educational institutions within the framework of the sister city ties of Karlsruhe and Krasnodar.

The student delegation, that arrived in Krasnodar for a student exchange, consists of 14 persons — 2 teachers and 12 students. During a week visit, the delegation participants visited CLAAS factory, looked at the facilities of the Olympic Park in Sochi, viewed the sights of Krasnodar, visited Kuban families and intercoursed with students of Kuban State University, attended the student master classes on the cooking of the Kuban borsch and the Russian meat dumplings.

— It was a great pleasure to visit Krasnodar, the meetings with university students left the lasting impression and, especially, the high level of proficiency in the German language shown by Krasnodar's students, — the head of the delegation and teacher of Walter Eucken school Mrs. Alvin Lemmer said in response.