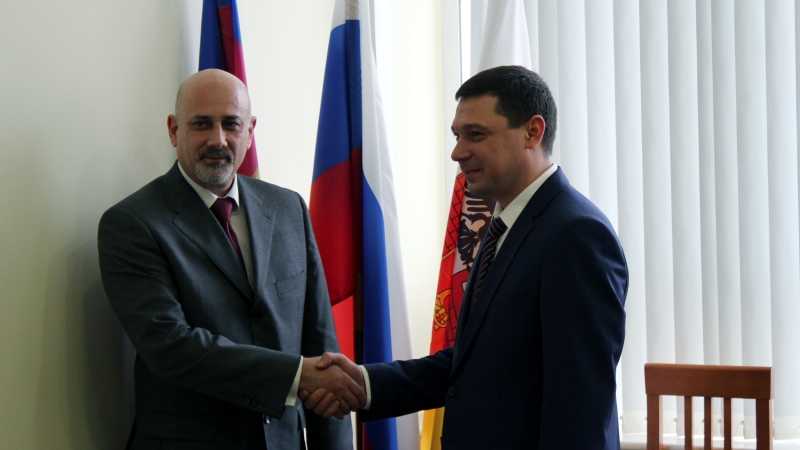 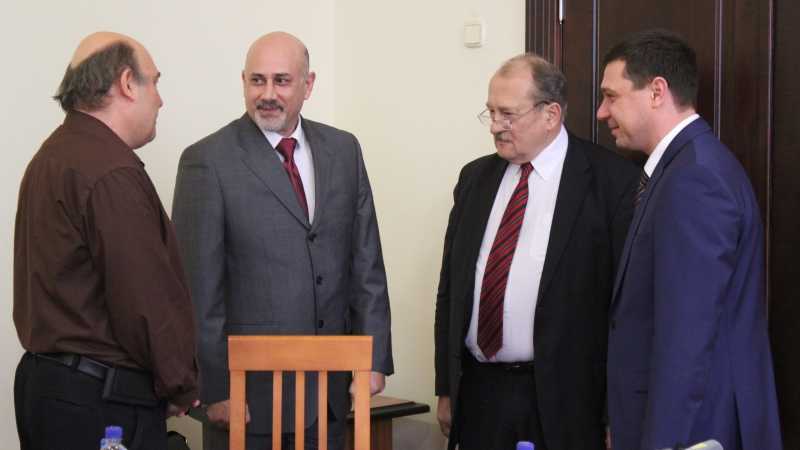 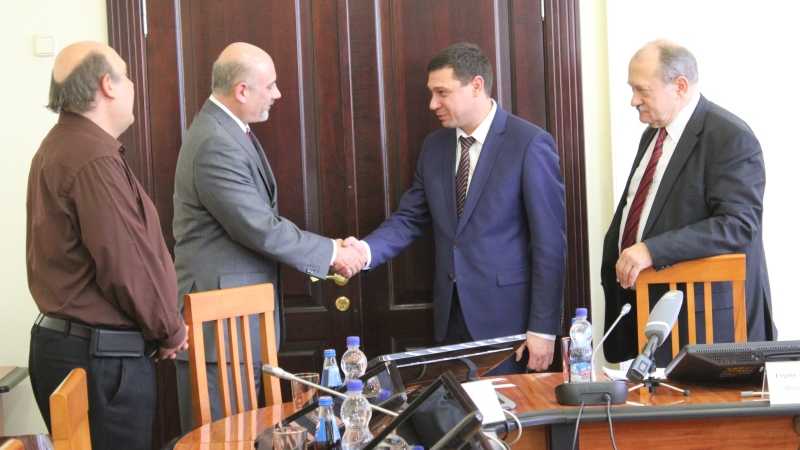 The reception of Consul General was held in Krasnodar City Hall today. During the meeting Head of Krasnodar Evgeny Pervyshov and Nikos Vasiliou exchanged official greetings and discussed possibilities for further bilateral cooperation.

— This is our first meeting. The Republic of Cyprus and Krasnodar have a longstanding and good friendship. Citizens of Krasnodar have love for the island and welcome the opportunity to get acquainted with its rich history. For our part we will pay significant attention to the development of international contacts. Krasnodar has wide international ties, sister cities and partners all around the world. There are successful examples in the area of international cooperation. In this respect the Republic of Cyprus is of great interest for us. We are glad to find new points of interaction, — Evgeny Pervyshov said.

The reception was also participated by Deputy Chief of administrative department, Chief of the department of foreign relations and protocol Boris Staroselskiy.

Nikos Vasiliou thanked the city Head for the meeting. He remarked that cultural, political and economic ties of Russia and Cyprus have a long history and strong roots. To affirm this, Consul General handed Evgeny Pervyshov a book dedicated to the 55th anniversary of establishing diplomatic relationship between Russia and Cyprus. Also he added that it creates fertile ground for the development of cooperation with Russian regions and big cities, including Krasnodar. The Republic of Cyprus has constructed relations with Krasnodar since the 1990s.

— After our proposal to meet, I must say I have not expected that the meeting happens so quickly. That really speaks about the quality of your work. I congratulate you on assuming the post of Krasnodar Head. I’m sure you will continue the development of the city, — Nikos Vasiliou said.

Consul General of the Republic of Cyprus in Krasnodar also noted that initially he was appointed to work in Krasnodar for three years period however he has already been here more than four years.

— I’m so pleased with the city that I continue to work here. All the more so as I can be useful in Krasnodar, — Nikos Vasiliou said.

The enhancement of tourist contacts was one of the topics of the talk. Evgeny Pervyshov stated that Krasnodar welcomes guests from the Republic of Cyprus. As practice shows, friendly contacts between ordinary citizens lay good foundation for the fruitful cooperation and help to extend it in all spheres. Cyprus Republic representative agreed and declared the intention to increase the number of tourists in both directions.

The development of economic ties is of equal interest. Nikos Vasiliou told that Cyprus hosted the business forum with participation of business communities from both countries. The forum was organized by Moscow and Cyprus Chambers of Commerce and Industry. He invited colleagues from Krasnodar to take part in the forum the next year.

Evgeny Pervyshov supported the idea which will allow businessmen of both countries to establish contacts in the sphere of tourism and investments.